The continuous publicity stunts that Willy Paul has been pulling recently is easily noticeable. The singer has now been called for seeking attention from the public. To begin with, Willy Paul had gone into beef with Tanzania’s musical star Diamond Platnumz; and claimed that he had stolen his song.

In response to that, Pozee released a diss song dubbed ‘Kamata’ which was meant to diss Diamond for the same. However, Diamond has shown no interest on the issue and still remains silent on the issue.

On another occasion, Willy Paul went after gospel musician Size 8; and called her out for blocking him on Instagram for over 4 years. Of course, he had to go through  Size 8’s hubby DJ Mo; who did not hesitate to protect her. 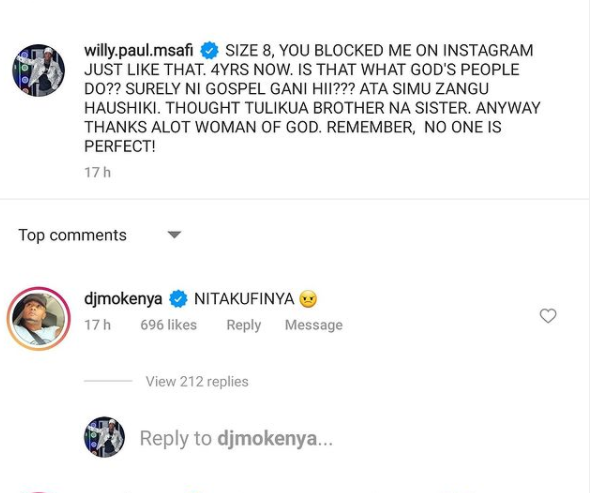 This time, Willy Paul has threatened to expose male artists in the industry who are gay and make money through sex.

”I have a very big secret, nitoboe siri?? Walahi b4 I launch my album lazima niseme how some of our Kenyan male artists make their money. Ghai its so disgusting, all in the name of …. TUNATAKA KUISHI POA KAMA POZZE! watu wana funguliwa buti huku nnje!!”

Is this one of Willy Paul’s strategy to get attention for his upcoming album or will he leave up to his words?

Watch his video below;

Five mistakes to avoid on your next online...

Ukraine seeks to shed off the underdog tag...

Five reasons why you should avoid eating lunch...

Omosh reveals how his begging stunt has improved...