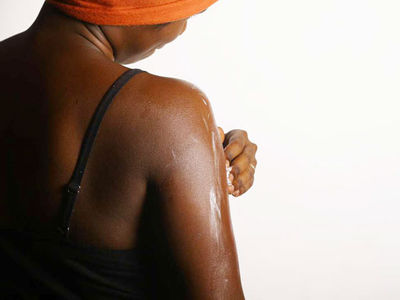 A friend working in a remote part of Africa told me he observed shopping packages of his staff, many of them men, sent to their wives and female relatives, had skin lightening creams.

This observation follows an announcement last week by a global consumer products giant, which said it would stop using the word fair on its brands, describing this as a shift towards “a more inclusive vision of beauty”.

The firm indicated it would delete the words white/whitening or light/lightening from its products in recognition that the use of these words suggest a singular idea of beauty.

It further said it will feature women of different skin tones on its product branding.

Another leading company also announced it had discontinued skincare products with the word fairness on labels.

The code word here is fair and its reference to lighter coloured skin. The Merriam-Webster dictionary defines fair as “not dark” and it’s use in a sentence “a person of fair complexion.”

These announcements remind me of images on a bill board along Mombasa Road, Nairobi, of a sad looking dark-skinned woman whose skin after application of a certain cream, in successive photos, kept lightening.

In the last image, she smiles widely, implying her lighter skin made her happy and that one has to be fair-skinned to be lovely.

There was the television advert where another woman tries and fails to get a job. After applying some cream, her skin becomes fairer and she gets hired.

This advertisement feeds a racist stereotype. Such advertisements target Africa, Asia and the Middle East where darker skinned women are found.

Studies show that in the competitive market for jobs, light-skinned candidates have an added advantage.

My niece shocked me by confiding about her childhood habit of pouring a bleaching agent meant for clothes into bath water, hoping to lighten her skin!

Media offers a platform for expression, and construction of individual or collective affiliation on perceptions of beauty.

Indeed, according to the World Health Organisation (WHO), the market for skin lighteners keeps growing.

In advertisement where the dark-skinned woman is seeking a job, there are racist assumptions that lighter skinned people don’t need skills to get jobs.

No evidence is presented that the woman has been interviewed for her knowledge and skills or that the people promoting the creams have used it on themselves.

We are we told how the cream was produced, we only see the final product and its supposed effect on the woman.

We also don’t see the objectivity of the researcher who determined the cream was good and how they gathered this knowledge.

It appears the rule of the thumb is women’s images based on skin colour should be used in adverts, however, this should not be the case.

Women and in some societies, men, are socialised to believe their value rests on lighter skins because this is what shapes perceptions on whether they are beautiful or handsome.

Petitions urging a leading cosmetics firm to stop production of a popular beauty product said the brand perpetuated and benefited from internalised racism, promoted anti-blackness sentiments, telling black people there is something wrong with their colour and they have to be light-skinned to be beautiful, and therefore worthy.

Advertising light-skinned women as ideal is a social construction reinforcing, among others, Eurocentric regimes of knowledge.

In 2018, Rwanda banned skin bleaching products, many of which contain chemicals linked to cancer, kidney and liver damage.

As police enforced the ban, there was a video of a deeply concerned woman worried her husband would not love her anymore if she stopped using the whitening cream.

Africans need to find constructive strategies to develop self-esteem at an early age to counter the obsession with the light skin appearance.

Resistance from the multibillion-dollar beauty industry and capitalist investors in cosmetics should be expected.

NGABIRANO: Bioeconomy not the silver bullet to bumper harvests

VIDEO: Matatu Driver Jumps From The Rooftop Of A Building To Escape Baboon Attack