“I will rap about marijuana until it gets legalized!” Octopizzo declares

Legendary rapper, Octopizzo is a staunch advocate of marijuana and to shout louder, he declared he will rap about the drug until it is legalized.

The Kibera rapper has time and again stood on the front line strongly advocating for the legalization of marijuana aka weed and has never downed his tools.

Well, in his recent post, the award-winning artist assured that every song release he makes, must be inclusive of a line or two about marijuana.

His campaign is towards the legalization of the drug that he finds no fault with unlike drugs like tobacco whose adverse effects you don’t need to be schooled about.

The entrepreneur and philanthropist tweeted:

From Now hence forth every song will have a weed aka marijuana Line till the day it’s gonna be legalized.

Don’t @ me if You don’t understand why. #VelaNiWife #Legalize #Che https://youtu.be/v1u0rhAEpcI 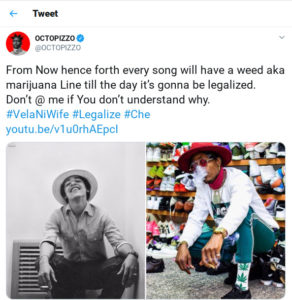 Seems marijuana means so much to the hip-hop artiste that only him can understand why.

Marijuana has so far been legalized in the United States of America as well as the Netherlands, among others.

Just to take you back in time, if any of you recalls, late Kibera Member of Parliament, Ken Okoth advocated for the same.

The legislator sought to have the government of Kenya legalize the drug which he believed had medicinal value. 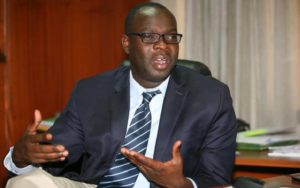 This bonded Octo and Okoth as they ardently fought for the drug’s legalization, before the latter succumbed to cancer.

Several countries of the world have legalized the drug both for medicinal and recreational purposes.

The rapper’s fans could not agree more lauding: 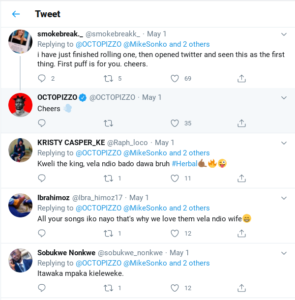 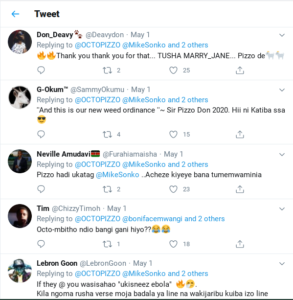 How the Coronavirus Recession Will Impact Esports Startups

Dealing with a broken heart – KBC

Is it a baby boy? Willis Raburu’s girlfriend...

Tips on how to create a meal plan...

The best foods to help you beat the...