Kenyan Professionals Should Be Their Own Watchdogs

The rise of regulators to protect consumer interests has served consumers well in setting and applying rules on corporate action and delivery – be it setting fuel prices in Kenya, regulating insider trading on the world’s stock markets, or banning mergers that damage competition.

There is debate on when taxpayers should fund industry regulation and when other paths are a better solution, such as structures that push professional responsibility onto professionals themselves, and leave the consumer paying only for their services.

It’s a policy debate that stretches back almost 50 years to the initial burgeoning of regulators, in the 1980s, when many countries created new organizations to ensure utilities, such as electricity, water, and gas, were provided to consumers in a way that was fair.

The trigger was often the presence of a monopoly supplier that set prices as it wished, and sometimes in ways that hurt consumers. Widespread privatization then created many new players in these vital sectors creating further regulatory needs and fuelling a rapid expansion of regulatory agencies.

The UK, for instance, began with just three regulators, The Civil Aviation Authority, The Monopolies and Mergers Commission and the Office of Fair Trading, but this quickly rose to more than 10.

Indeed, the Journal on The Rise of the Regulatory State in Europe reports that from the first regulators in the 1950s, such agencies then grew steadily to span finance, energy, transport and telecoms, as their roles expanded too. The finance regulator’s role, for instance, expanded to ensure the failure of one financial firms did not hit others, to implement financial policies to avoid a global financial crisis, and to keep the banking system safe.

At the same time, the advancement of science, education, and law demanded more knowledge in many professions, increasing the need for oversight. For instance, in healthcare citizens had less knowledge about local practitioners and often suffered at the hands of impostors labelling themselves as ‘doctors’, ‘nurses’ and other professionals. Thus, governments created agencies outlining minimum entry requirements and issuing licenses to practise.

But the growth came at a cost. In fact, analysis found the cost of deciding on the rules, monitoring and sanctioning far outstripped the costs for regulated companies and industries of changing their behaviour to comply.

As a result, government costs ballooned into public deficits and borrowing. In Kenya, for instance, it cost Ksh3.8bn to set up the Agriculture Food Authority (AFA) and Ksh113m to set up the National Construction Authority. But running such authorities has generated ever greater costs. The National Construction Authority spends Ksh1.72bn a year, the AFA spends Ksh4.2bn, Kentrade spends Ksh732.7m and the Pharmacy and Poison’s Board spends Ksh17m.

Moreover, the highest part of the regulators’ ongoing spending is for employee training at approximately Kh1.2bn in the financial year 2016/17.

But as new problems around professional regulation arise. Alternative regulatory models using professional associations have been adopted in nations such as Canada, Australia and the US. This is opening the way to addressing further areas of unregulated practice without generating new public costs, with a case in point being the cargo industry.

Since independence, customs agents and freight forwarders have been operating under the East African Customs Management Act of 2004 and the subsequent 2010 regulations. The Kenya Revenue Authority (KRA) has been applying this act, which only focuses on the customs revenue, and fails to address aspects such as the individual professionalism of agents.

READ >> Super-Mean Kenyans and also the Richest Guys Around

This has seen the Kenyan government spend heavily dealing with industry challenges including frequent disputes among agents and cargo owners. Yet such issues could now be handled by enacting the proposed draft Kenya Customs Agents and Freight Forwarders Bill, 2020, which would save taxpayers more than Ksh600m a year in costs covered by the professionals themselves.

The Bill proposes that the industry regulates its professionals, through a council and board that handle agents’ certification and registration, code of ethics, disciplinary proceedings, and mandatory training in a Continuing Professional Development (CPD) program.

It’s a model already in place with the institution of Surveyors of Kenya, the Institute of Certified Public Accountants of Kenya (ICPAK) and the Law Society of Kenya. Indeed, over the last two years, ICPAK has spent Ksh613m to Ksh720m in operational costs to ensure accountants maintain the highest levels of professionalism and integrity, in programmes funded through member subscriptions and payments for continuous professional development training.

Canada, Australia and the US also use this model in their cargo industries. Individual customs agents pay a mandatory annual registration fee with their societies of $400 to $600 and for the Customs Border Professional Examination, administered each year at the ports, for licensing.

Now Kenya, too, can end cargo errors and knowledge gaps that are costing billions in lost revenues by moving to professional regulation by the cargo professionals themselves.

NEXT >> Coronavirus Finally Creates Elusive Unity in the World 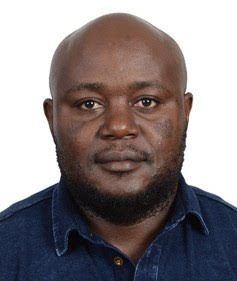