Jackson Kibor Net Worth: Prominent farmer Jackson Kibor is one of the most renowned billionaires in Uasin Gishu. According to an interview conducted with a weekly journal owned by the Standard Media Group, Mr. Kibor struggled in his childhood as he set the foundations that later turned him into a billionaire.

“I used to take poles and firewood to school to pay fees, but when I was in Standard Five, they insisted on money — which I did not have. I dropped out. I never saw my father, and my mother died when I was very small.”

Although he had been born in Uasin Gishu County in 1934, his mother had moved with him to Nandi County before her death but he went back to Kipkabus and began doing casual jobs at a tanning facility in the area.

He says that that his financial ascent began when he left the tanning company for a lorry driver’s job for the late millionaire Jonathan Kibogy in Uasin Gishu County, earning Sh. 75 a month. That was in 1958, five years before Kenya became independent. 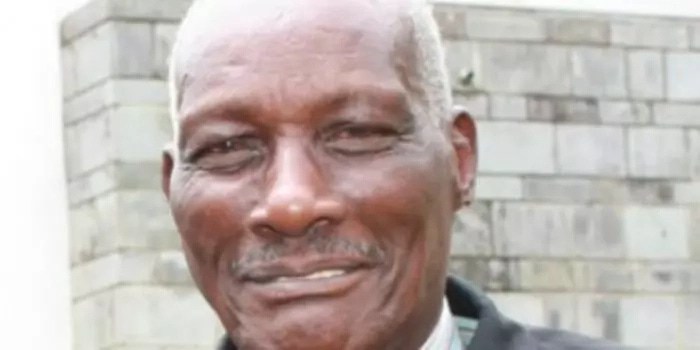 He told the Nairobian: “I used to drive lorries transporting maize and potatoes across East Africa, life was tough and I learnt the important lesson of saving my salary. After some time accumulated an amount I used to purchase my own potatoes that I sold in Kampala,” he recalls, adding “I used to buy a bag of potatoes at Sh. 6 per bag in Chepkorio and Metkei areas using Sh.3 per bag for brokers and transport, while in Kampala I would sell a bag at Sh. 16. I saved the profits which I used to buy my own Canter lorry and got another lorry shortly after” besides transporting maize using the cargo train from Kipkabus and Ainabkoi areas.”

But Kibor turned his life around by making in real coin through large scale maize and wheat farming. His first large piece of land measured 836 acres in Kipkabus. Buying began through winning Sh35,000 in a darts championship alongside a brand new showroom car worth Sh17, 600.

“I borrowed Sh55, 000 from the Land Bank and added to the Sh35,000 and bought my first land measuring 836 acres in Kipkabus where I grew maize and did a lot of dairy farming. My first wife Mary helped manage the farm and repayed the loan before I married Josephine in 1965, who also stayed on the same farm,” says Kibor who was granted prayers by the court to divorce Josephine.

His second foray was in acquiring 1,543 acres in Kabenes area at Sh220, 000 in 1969 before purchasing 1,160 acres in Kitale which had 500 Friesian cows at Sh1.5 million.  Then Kibor struck the Mother Lode with 357 acres in Moiben at Sh12 million — the only farm not bought from White settlers. He used loans and serviced them from proceeds from his businesses. Jackson Kibor Net Worth.