Governor Mutua says he will disclose exclusive in

The papers on Wednesday, December 24, reported on the much-anticipated Christmas celebrations with the dailies highlighting that most Kenyans are broke in 2019 December compared to same period in previous years.

The death of the first African Nairobi Mayor Charles Rubia was also widely covered in the papers. 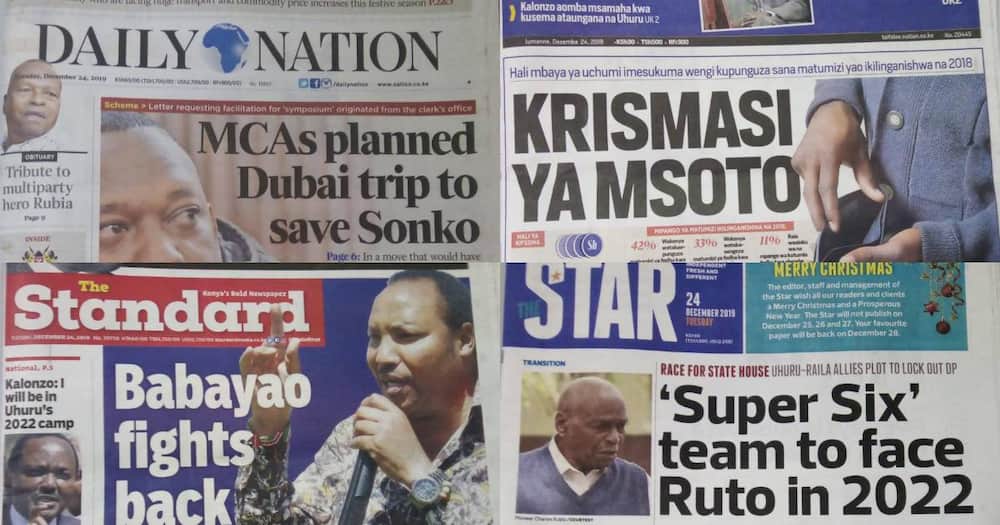 READ ALSO: Couple who met on social media get married in colourful wedding

At least 20 secondary school principals are among 50 teachers in Nakuru county who have been transferred to other schools in other countries, Daily Nation reports.

The tutors are being transferred under the Teachers Service Commission delocalisation policy.

This policy implementation began in January 2018 and in the latest exercise, some of the teachers in Nakuru have been transferred to other schools within the county. Others will now work outside the devolved unit. 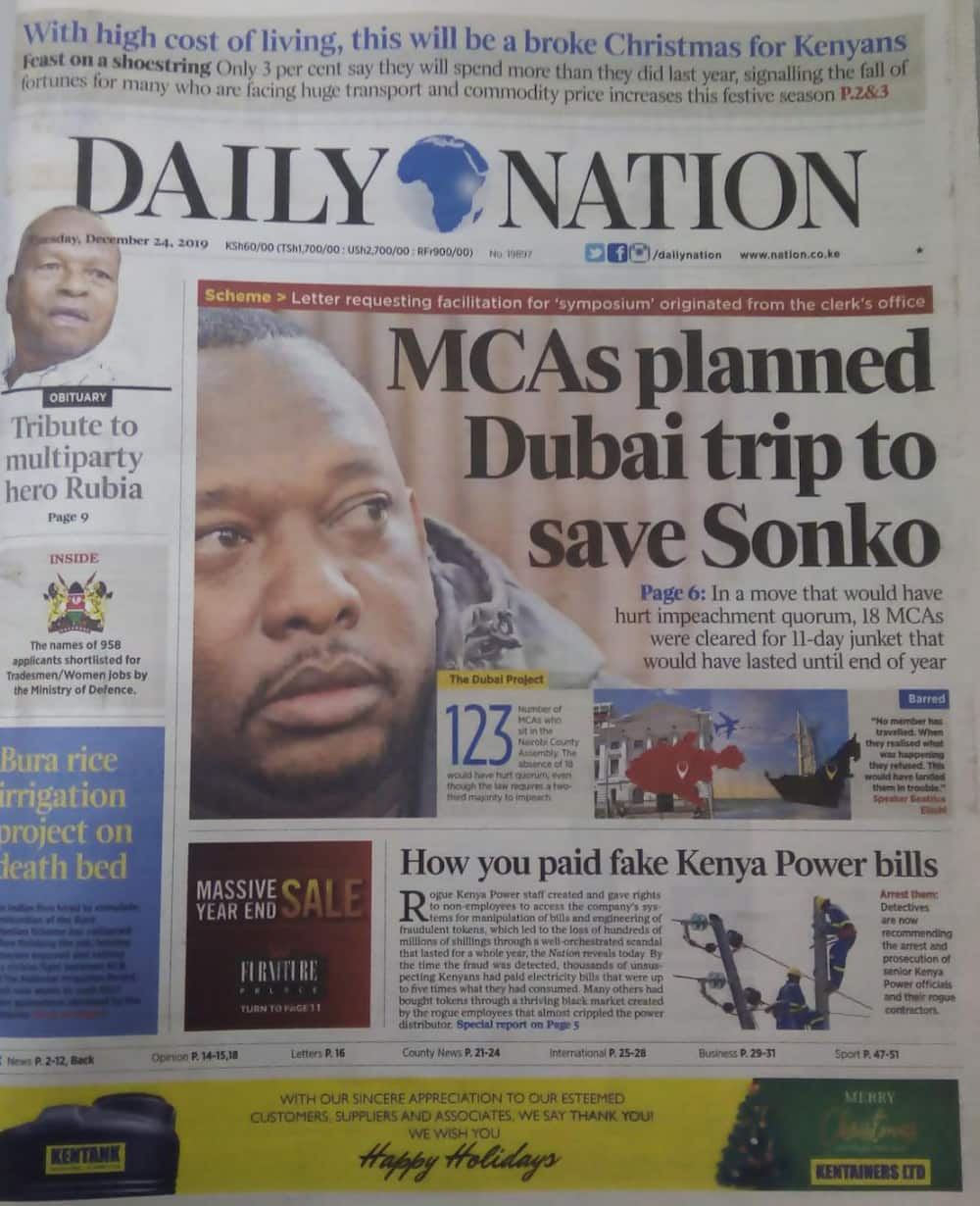 Parents have petitioned Ministry of Education to stop Egerton University from fining its 13,700 students KSh 16,862 for property destroyed during a strike on December 4, The Standard reports

Kenya Parents Association (KPA) said it was not clear how the management arrived at that figure which will earn it more than KSh 200 million.

Through the chairperson of the association Nicholaas Maiyo, the parents called for investigations saying the university could be using the money to offset some of its debts.

The institution’s management, in an advertisement placed in the dailies, said the surcharge will be used to repair property destroyed when the students went on a rampage. 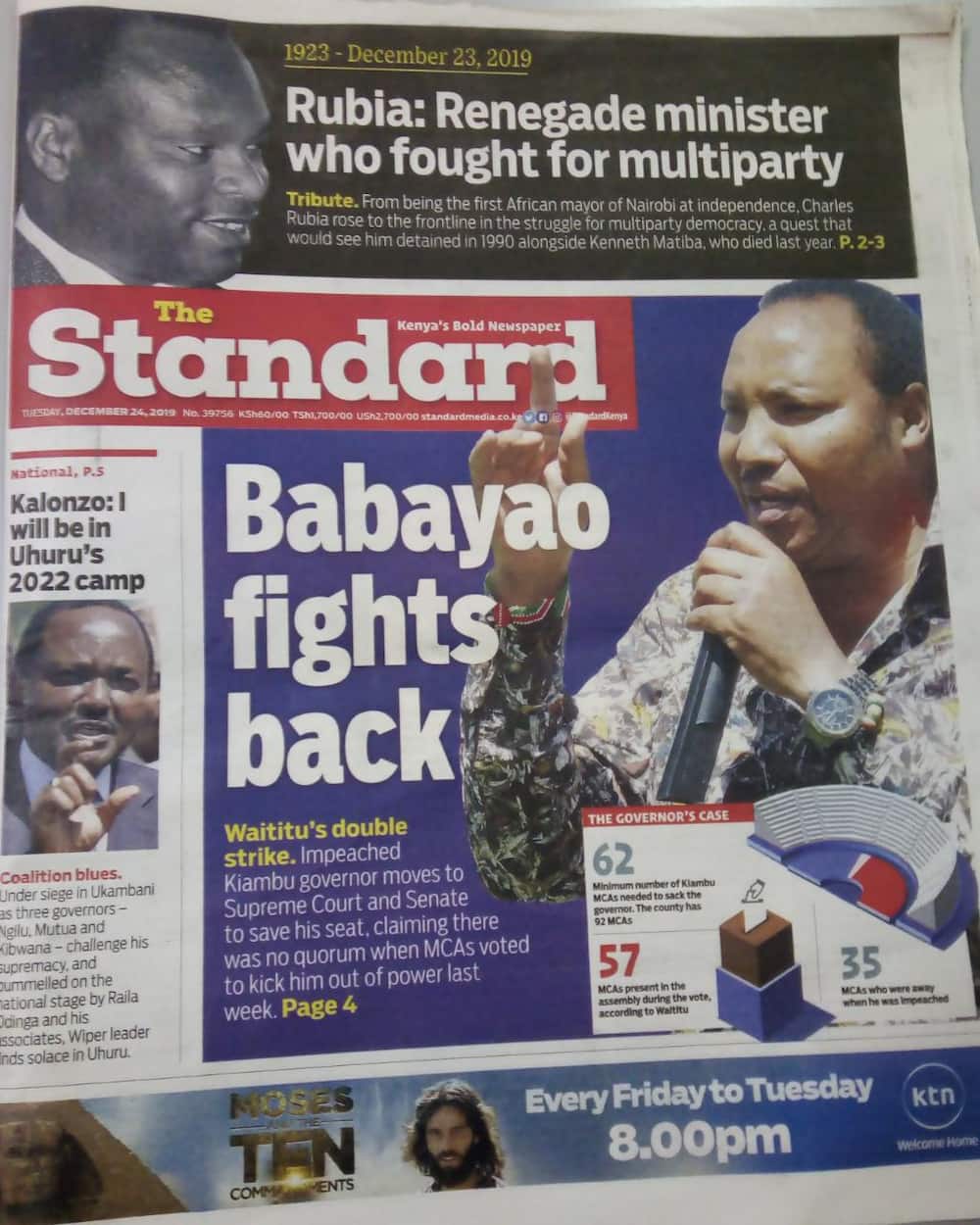 According to the daily, Machakos Governor Alfred Mutua has said he knows some secrets of the 2007/2008 election violence that left more than 1,300 Kenyans dead.

The county chief said he will disclose the information since he was one of the witnesses in the case at Hague.

He claimed the public was shielded from knowing crucial details which he would disclose soon.

Chaos erupted in 2007 and early 2008 after retired President Mwai Kibaki was declared the winner of the presidential election. 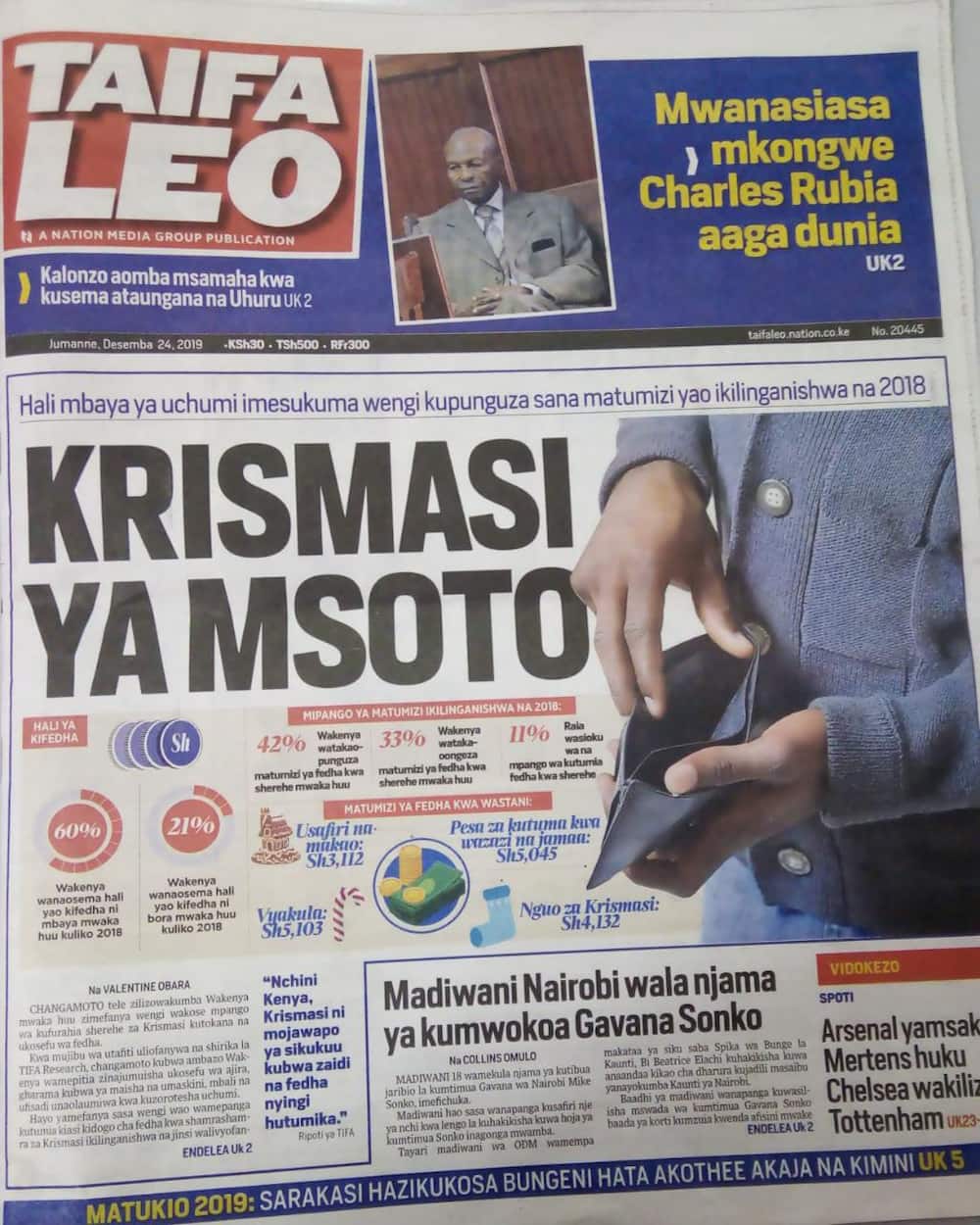 The paper has revisited the alleged plot to assassinate Deputy President William Ruto which it reports is still shrouded in mystery seven months later.

Four Cabinet Secretaries, Principal Secretaries and senior officials were accused of masterminding the plan to eliminate the second in command.

Ruto did not record a formal statement with the Directorate of Criminal Investigations (DCI) and it is understood it should have opened investigations anyway because the threats were against a sitting DP.

Opinion is divided on whether the man from Sugoi should have filed a formal complaint about the claims. 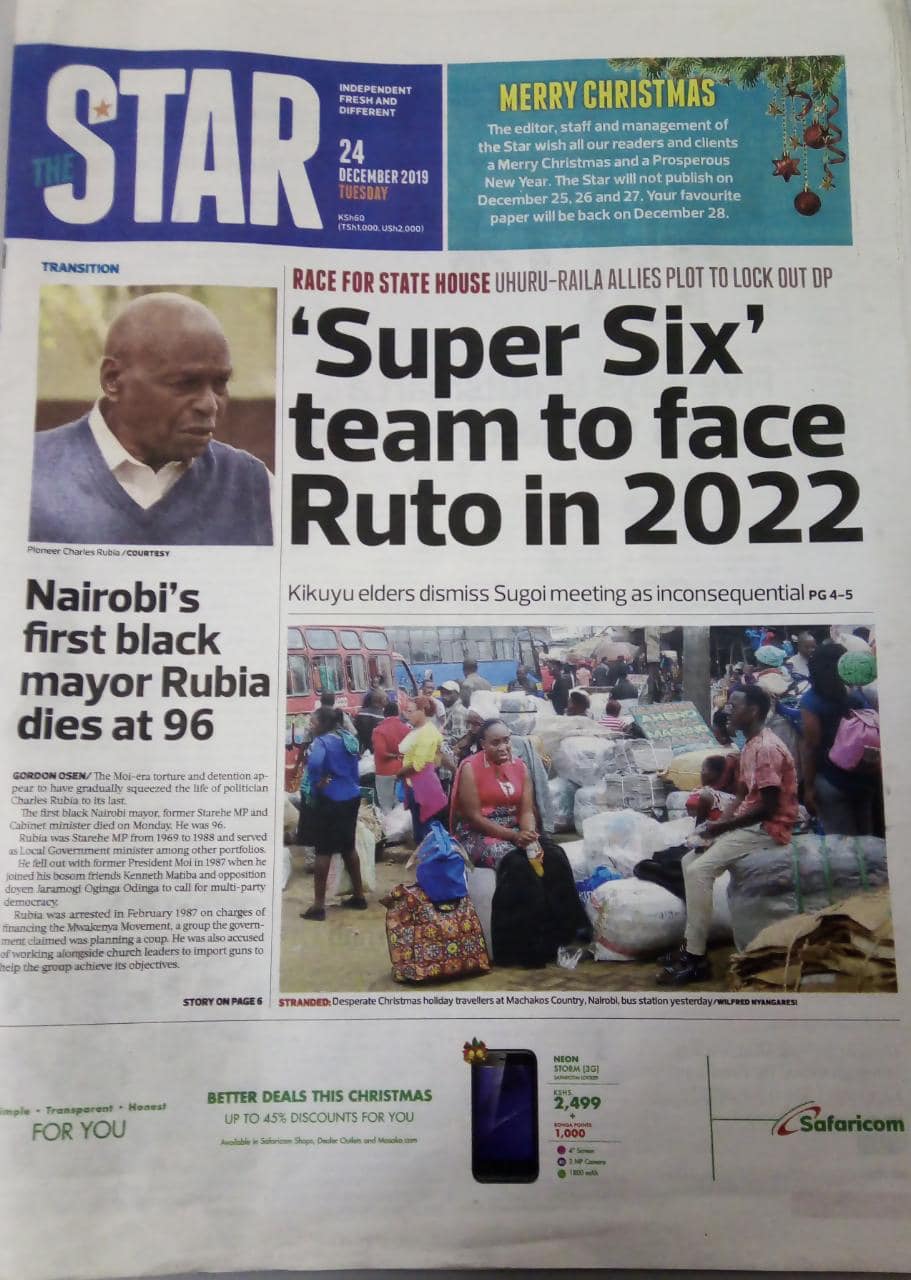 DP Ruto did not make a formal statement on his alleged assassination plot. Photo: The Star.
Source: UGC

According to the People Daily, more than 85 women were killed this year countrywide under different circumstances.

The victims range from 4 years old to 70 years. The majority of the victims were between 21 and 30 years and at the prime of their lives.