African currencies have evolved from barter trade systems to paper money. In the Forex market, investors have, in recent times, started to trade the currencies because some are no longer prone to fluctuations in commodity demand and supply. Some of the highest currencies in Africa are from nations that have a wealth of commodities. So, their currencies are strong because of the price increases in their commodities. 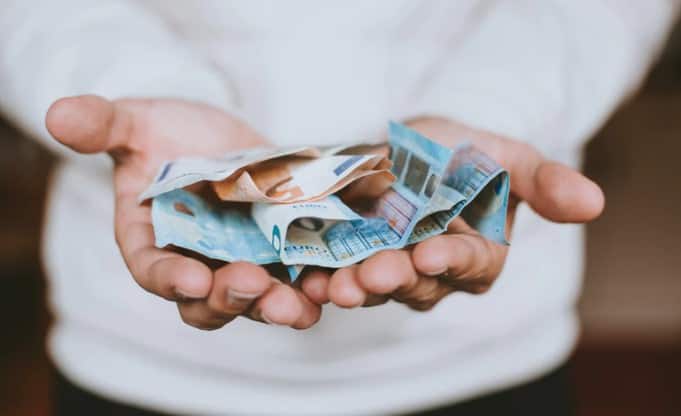 African currency rates are only strong when their values are worth more than that of other countries. Having a strong currency means it becomes cheaper to import goods. It also means it is trading at historically higher levels than before. When a country’s medium of exchange is strong, it reduces its volatility in the Forex market. But, what are the highest currencies in Africa?

Understand that some currencies in Africa are pegged to other non-African currencies. For example, West African countries and their currencies are backed by the French CFA franc. These countries include Benin, Burkina Faso, Guinea-Bissau, Ivory Coast, Mali, Niger, Senegal, and Togo.

Their relative stability, therefore, depends on the fixed exchange rate pegged by their respective foreign currencies. In comparison, these are the highest currencies in Africa in units per USD as of the current exchange rates in September 2019. 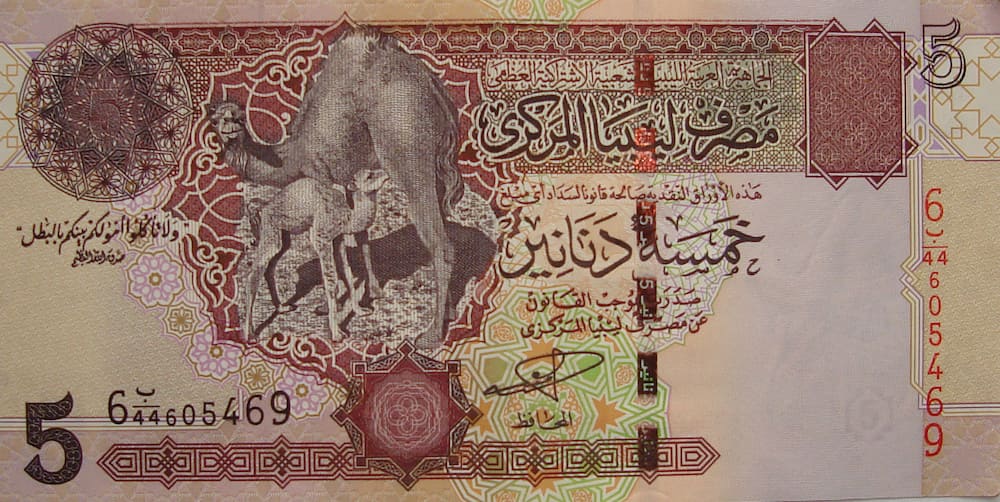 The Libyan Dinar has always been the strongest currency in Africa. It has been gaining its strength in recent times because of the strict monetary policy introduced by the country’s central bank.

In Libya, the CBL has a programme that only sells a limited number of dollars to its citizens. Also, its strength has been increasing steadily after the reopening of the previously blockaded oil ports and fields. That raised the country’s dollar earnings for oil sales.

Tunisia was under the French colony and used the French franc as its currency. But in 1960, the country replaced the franc with the dinar abbreviated as DT.

The country’s monetary policy where it is illegal to export or import dinars or convert them to other currencies has enabled the dinar to be among the highest in Africa. Furthermore, the country is an export-oriented economy with its agricultural and petroleum exports making up a high portion of if its GDP.

For many years, Ghana’s currency experienced lots of volatility until the Bank of Ghana replaced the Cedi in 2007. Today, the government’s spending programmes and jobs growth have enabled the currency to remain strong in Africa. Furthermore, the Cedi is more valuable because of the country’s GDP per capita, which is the largest in West Africa. 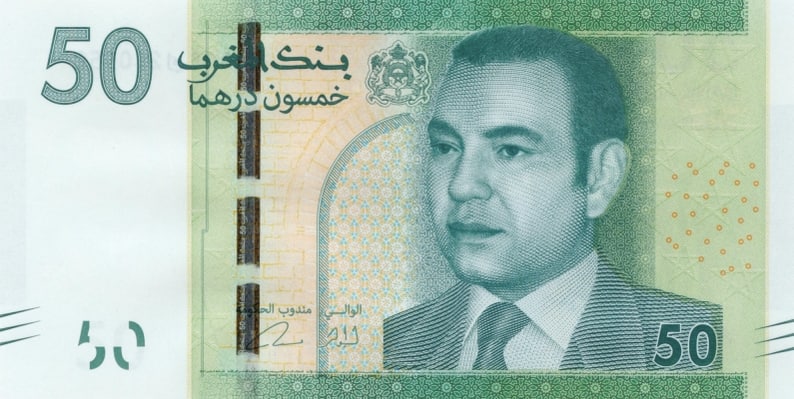 The Moroccan Dirham is the de-facto medium of exchange in the Western Sahara region. Its de-facto state makes it one of the highest currencies in Africa. As of September 2019, the currency exchange rate against the US dollar was around 1 MAD = 0.103182 USD. Although the MAD remains uncontrolled, the law prohibits its exportation.

The Botswana Pula is valuable because of the country’s strong economy and relatively stable democracy. Furthermore, it is an attractive currency because traders trade it on the Johannesburg Stock Exchange, which is the largest stock exchange in Africa. Before 1976, the Pula’s exchange rate and valuation were on the same basis with the Rand.

READ ALSO: Is my money safe with a money market fund?

The Zambian Kwacha has an attractive value because the country is the largest producer of copper in Africa. Copper is a commodity. That means the currency can experience volatility depending on the shifts in the commodity prices on the global copper market. So, when the prices are stable, the country enjoys a valuable currency. But if prices are volatile, that affects it negatively.

The Seychellois Rupee is the legal tender for Seychelles. It is among the highest currencies in the continent because of the country’s strict monetary policy. Also, SCR is more valuable due to the country’s market-based economy. Foreign investments have also helped to refurbish the economy and expanded small-scale manufacturing, farming, and fishing. That has diversified Seychelles’ GDP, hence its valuable currency.

For many years, the price of gold determined the value of the ZAR because it was the country’s main export. But developments throughout the world over the years have determined the price trajectory of the Rand.

Although it is valuable, and one of the few African currencies used in Kenya, the ZAR experiences some volatility as it is linked to the rest of the world. Also, South Africa’s political landscape is not as stable and that subjects the legal tender to price fluctuations.

Note that several countries in South Africa have pegged their currencies to the rand at a rate of 1. The Namibian Dollar, the Lesotho Loti, and the Swazi Lilangeni are all pegged to the rand at the same rate. This means that their value depends on the value of the ZAR, which is 14.87 units per USD as of September 2019.

The Eritrean Nakfa is the legal tender for Eritrea. It has enjoyed stability over the years because the country’s government does not float the currency. Instead, it prefers the stability of having a fixed exchange rate.

The Egyptian Pound has been gaining value over the years because of its unofficial use in Sudan and the Gaza Strip. Also, the EGP has gained in value after the government reduced interest rates in 2018 to attract domestic and foreign investments. Like other African currency symbols, the Egyptian pound has several, including E£ and LE.

The Dobra is among the highest currencies in Africa because of the influx of economic activities in Sao Tome. Traditionally, the country depended on cocoa as a medium of exchange. Today, there have been significant investments in developing the oil industry.

The Ethiopian Birr is the legal tender for Ethiopia. It had a volatility of about 0.4% in September 2019, which is low compared to other legal tenders in the continent. Positive economic growth, conservative monetary policies, and considerable foreign exchange reserves are the factors that have made the Birr among the highest in Africa.

The Mauritian Rupee is the legal tender for Mauritius. For many years, the Bank of Mauritius has been managing the exchange rate through a series of interventions in the foreign currency markets. Today, the MUR enjoys some form of stability because the country uses its reserves to stabilise its value in times of volatility.

The MRU is the currency of Mauritania. In the forex market, its pair to the Euro is the most popular. Unlike many African currencies, the Ouguiya is the only legal tender that does not have a unit based on the divisions of ten. The MRU experiences some volatility, especially when the country is facing a drought. Mining, livestock keeping, and agriculture contribute to the country’s income.

Although it is among the highest currencies in Africa, the Sudanese Pound experiences volatility in the financial markets. That is largely because the political stability of the nation is still wanting. Furthermore, the legal tender has been losing value against the US Dollar because of increasing inflation. 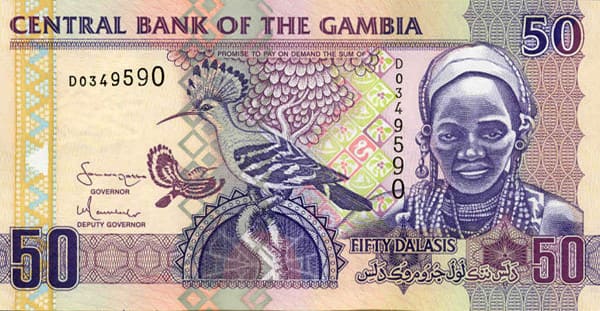 The Gambia adopted the Dalasi in 1971. The nation’s currency is among the most volatile in Africa because it does not have important commodities or natural resources to trade. Its agricultural base is also limited, with a majority of the population depending on livestock and crops for survival.

The Mozambican Metical enjoys some value in the forex market because of economic gains in the nation since 2015. Since the legal tender is not pegged to any foreign currency, businesses accept the South African Rand, Euro, and USD. But the country’s relative political stability has enabled the Metical to remain strong in the last few years.

The Cape Verdean Escudo is somewhat valuable because the nation has steadily been growing its economy since 1994. However, Cape Verde is an average development country whose economy lacks enough resources to sustain itself. A high percentage of its GDP comes from service industries.

For over a decade, the Kenyan Shilling has weakened relative to the US Dollar because of political instability and poor economic policies. Despite that, the currency is the most valuable in East Africa because it circulates in bordering countries of Somalia, South Sudan, and Sudan. These three nations have less stable currencies, and their political landscapes are wanting.

The Algerian Dinar has been losing its value in the forex market because of the country’s less stable political landscape. Although it ranks at number 20 among the highest currencies in Africa, it has been eroding in the last few years because of the poor monetary policies in the country. That has also contributed to high inflation in the country.

The highest currencies in Africa are those that rely on commodities like oil and other minerals. Although other countries in the content have fewer commodities, their currencies are stable and valuable because of better political landscapes and excellent monetary policies. Countries that have pegged their currencies to non-African currencies also seem stable. However, their value depends on how foreign legal tenders perform.

READ ALSO: New Kenyan currency: Everything you should know

70pc of Kenyans will fall short of their wealth aspiration, new report shows