An elderly man in Busia county has left villagers stunned after he claimed to have spoken to God the Almighty who instructed him to build a cave ahead of end times.

Francis Ouma, now 73, also Jesus deposited a copy of new commandments to replace the Mosaic laws in one of the 24 rooms in the mysterious cave he began constructing in 1967. 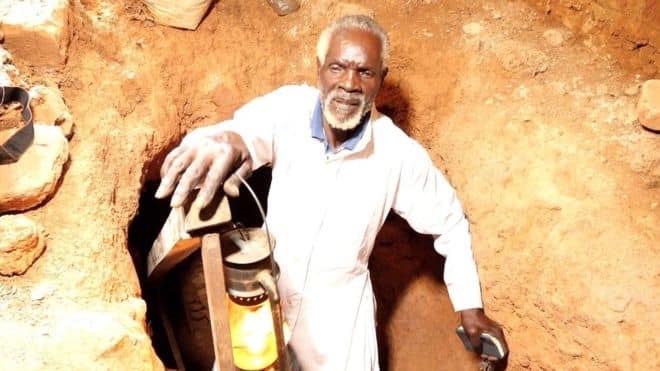 In an interview with BBC News, Ouma said the Christ gave him the new laws because he was saddened that human beings had defied the 10 commandments given to Moses.

“I began building this cave in February 1967 at exactly midday after God gave a map and instructions in my dream to embark on digging the cave.

“I woke up one day and found a copy of this new commandments in one of the rooms and I knew it was Jesus who brought it as he had promised because human beings had corrupted and disobeyed the ancient laws given to Moses,” Ouma narrated. 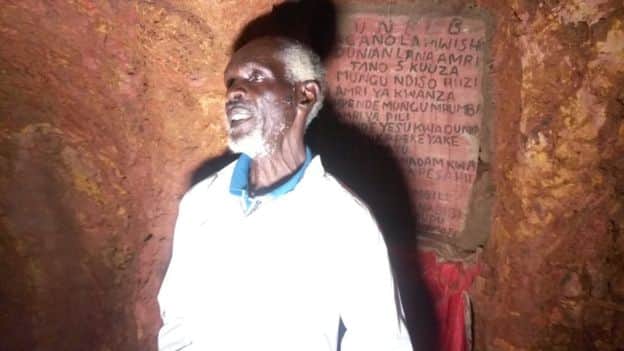 He said Jesus deposited a copy of new commandments (inscribed on the wall) to replace the Mosaic laws. Photo: BBC News.
Source: UGC

The septuagenarian was once forced to leave his rural home of Busia to go to Eldoret where he married and worked as a watchman for 15 years before his initial calling from the ‘Lord’ came haunting.

He then returned to the village with the project saying he was waiting on God to instruct him on the next move as far as the mysterious house with underground caves is concerned. 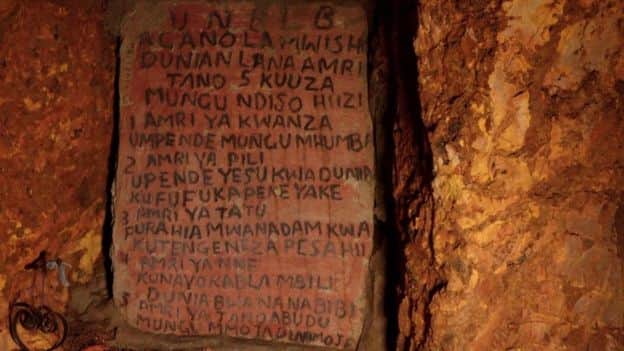 “The second revelation about this house will soon manifest. I cannot lie to humans that the end time fire will come from this place. I will be lying, but for now I am waiting for the final report from the one who sent me,” he added.

Here are Ouma’s five commandments inscribed on a board in one of the caves;

2. Love Jesus for his resurrection in this world

3. Enjoy being human by making money

4. There are two tribes in the world – man and woman

5. Worship one God in this single world