– The second edition of the auction was held on Thursday, December 19

Deputy President William Ruto, a self-proclaimed chicken seller, has gone back to all where it began- Jua Kali, Uasin Gishu county, where he presided over the second edition of the chicken auction.

The event which was meant to empower small-scale farmers in the region managed to raise KSh 11 million. 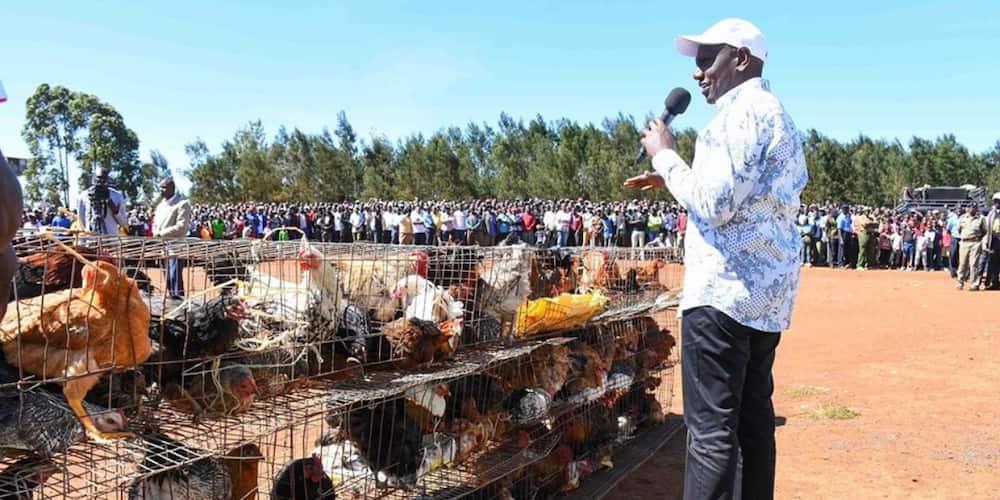 In a series of tweets posted on his Twitter page on Thursday, December 19, the hustler said the government was helping smallholder farmers realise their full potential.

“We are supporting small and medium-sized enterprises to harness their maximum potential by coming up with favourable tax regimes, ridding the market of middlemen, extending resource backing to them, and creating level playing field to allow them to flourish,” he said.

The Jubilee deputy leader who rose from selling chicken and groundnuts along the Eldoret-Malaba highway to his current role as the country’s second in command said he was keen to see small businesses flourish so as to reduce poverty and enhance job creation. 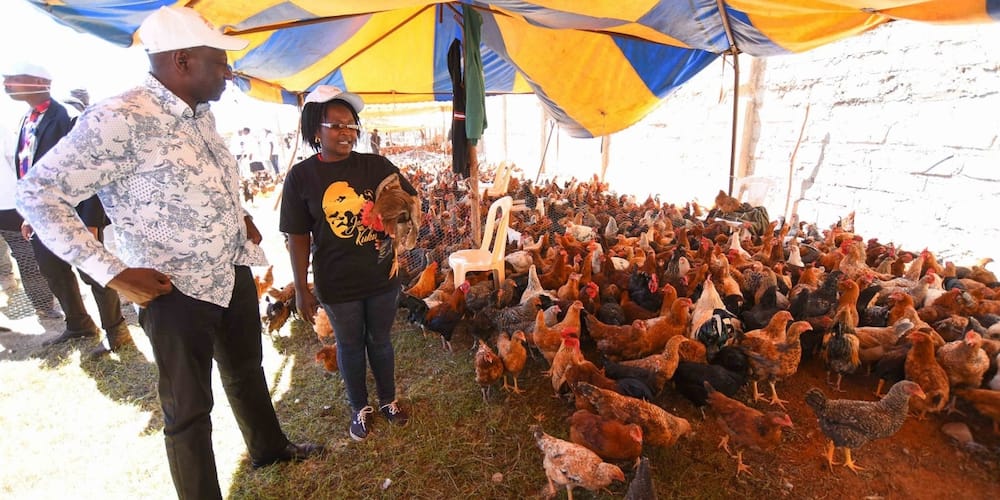 The event managed to raise KSh 11 million double 2018’s KSh 6 million when it was first started.

Ruto spent his youthful days selling chicken to supplement his parents’ income as he came from a humble background.

The event generated conversations on social media under the hashtag #JamaaWaKuku.

For food security, we must create conditions to nourish agriculture