– Jack met Violet at an airport and while waiting to board their plane, they started a conversation

– When Jack boarded the plane, he realised Violet was sitting in the economy class

A kind-hearted man in the United States has elated netizens after swapping his first class seat with an 88-year-old woman’s economy class seat to fulfill her dream of flying comfortably in a plane.

The two only identified as Violet and Jack met at an airport in US and struck an instant friendship and began conversing before boarding a Virgin Atlantic plane. 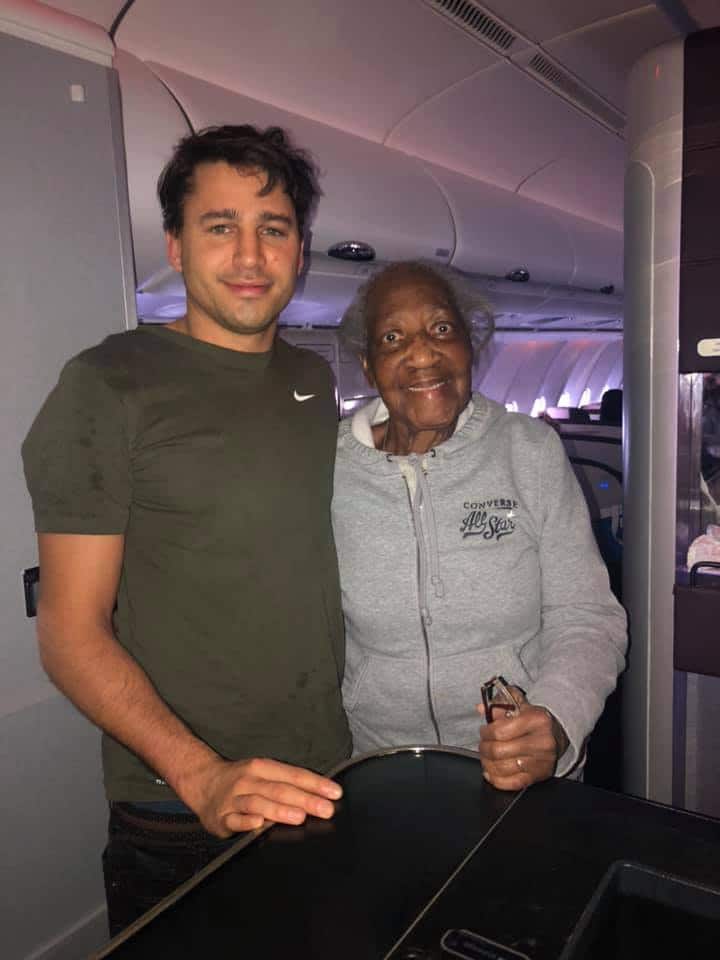 Jack and Violet pose for a photo after exchanging seats in the plane. Photo: Leah Amy
Source: Facebook

In a Facebook post shared by the airline’s stewardess, Leah Amy, Jack and his family were travelling home from New York and had purchased a seat in the upper class cabin.

“When he got on board, Jack went and found Violet in economy and swapped seats with her. He then sat on the row of seats directly next to the economy toilets and never made a peep or asked for anything the rest of the flight,

“No fuss, no attention, literally did it out of the kindness of his own heart, no one asked him to,” said Amy. 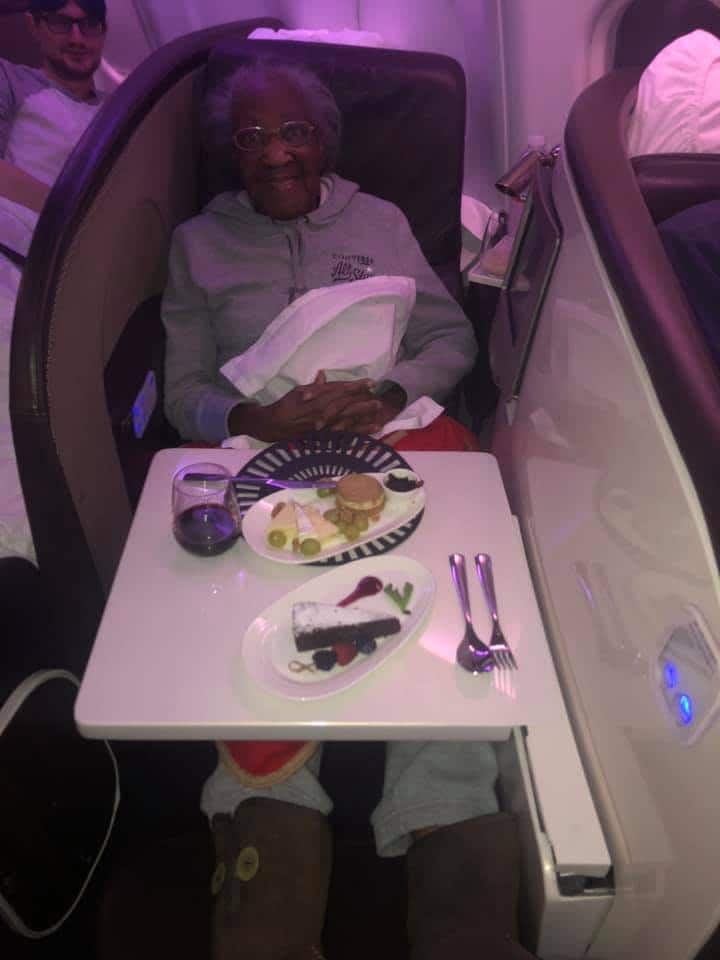 The flight attendant detailed that the 88-year-old woman often travels to New York to visit her daughter, and the recent trip was her first in a long while due to a knee replacement.

Her dream has always been to sit at the front, and Jack made that come true.

“She said her daughter won’t believe her, and wanted a selfie to prove it, but she didn’t have a phone or an email address. These photos are getting sent in the post tomorrow,” said Amy who took the photos. 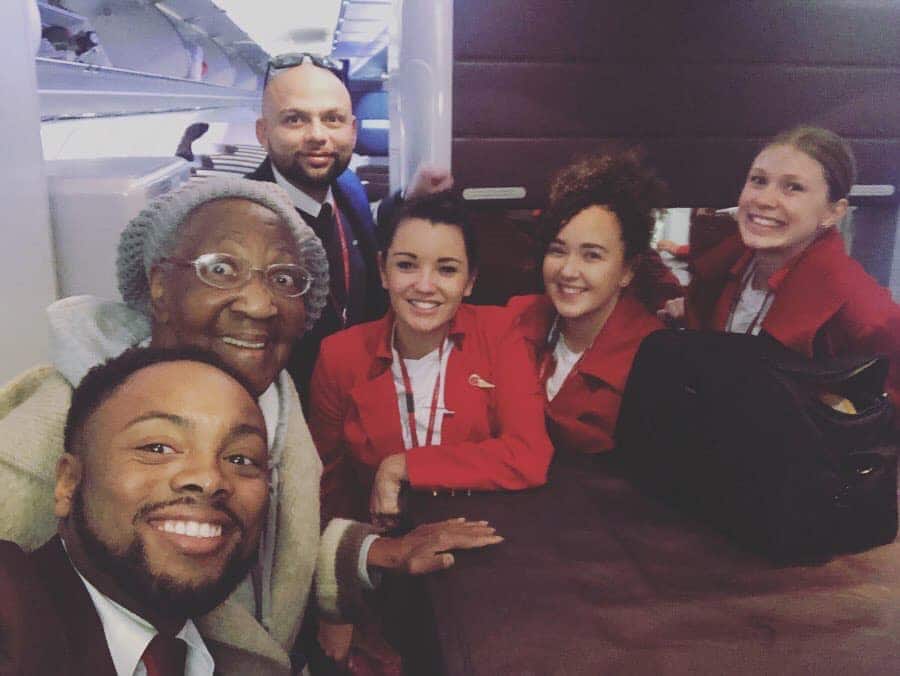 Violet poses for photo with cabin crew members just to keep memories and for her daughter to believe it. Photo: Leah Amy
Source: Facebook

Those who commented on Amy’s post expressed admiration at Jack’s kindness with some suggesting the airline should give him a free flight. 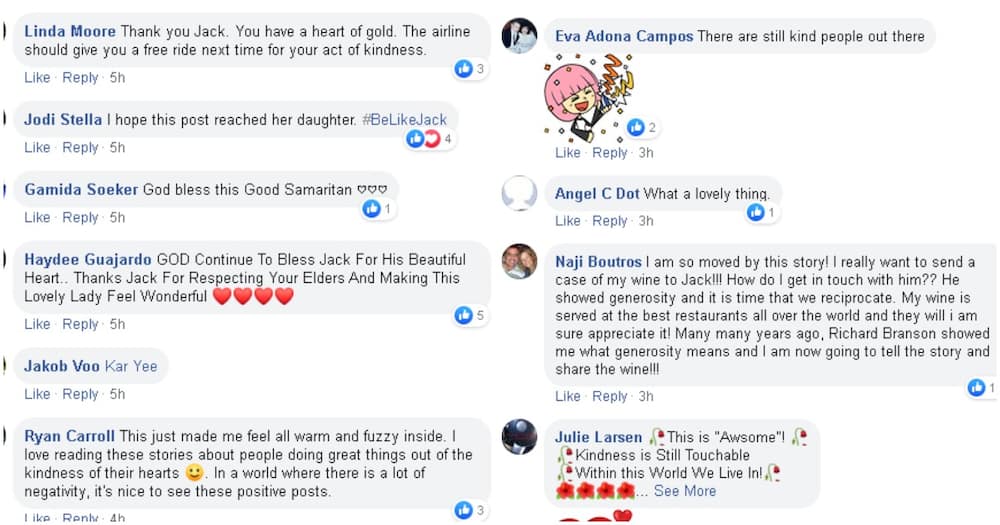 Bolt Expands Services to Meru, Embu, and 5 Other Kenyan Towns