TCS is set to hire 80,000 teachers on contract basis. The education secretary Prof George Magoha told the senate Education committee that Sh. 2 billion has been set aside to hire the teachers to supplement the over-stretched staff.

Magoha said that the 100 per cent transition has required adequate teachers and noted that the contract teachers will go a long way in supporting the existing staff base.

Early this year, members of the National Assembly endorsed a proposal by the teachers’ employer to recruit some 87,393 interns to bridge the biting staffing gap.

Teachers Service Commission (TSC) Chief Executive Officer Nancy Macharia told MPs it would require up to Sh. 2 billion to recruit the intern teachers. “We need these teachers so that they can help us in addressing the shortage on the teaching staff,” Macharia told MPs early this year.

Sources hinted that the contract teachers would be paid about Sh. 14, 000 and Sh. 10, 000 per month for secondary and primary school teachers respectively. 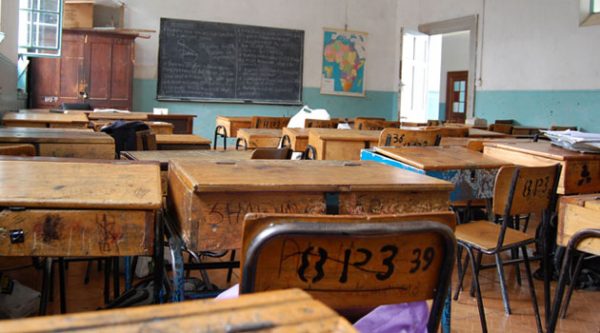 On the overall shortage – other than supporting the 100 per cent transition – TSC said that it requires Sh. 6.5 billion to hire 10,000 additional teachers. Overall, TSC currently has some 318, 010 teachers on its payroll across primary and secondary schools.

A list tabled by TSC in Parliament shows that primary schools have a total teaching force of 216, 517 leaving a shortage of 37, 643.

And secondary schools have a total staffing force of 100, 493 leaving a gap of 49, 750. MPs, however, directed TSC to prepare proper guidelines for the recruitment of the tutors.

The National Assembly Education Committee chaired by Julius Melly (Tinderet) directed Mrs Macharia to develop a policy that would be tabled in parliament to support the recruitment.
Melly told TSC to develop a policy framework and bring it before the committee by Monday next week.

The revelation by Magoha last week now means that schools will receive more intern teachers to relive the overstretched staff.

Kenya National Union of Teachers (Knut) Secretary General Wilson Sossion who is also a member of the Education Committee said the union will support the policy as long as it respects labour laws.

“The policy must state that once teachers graduate they shall be absorbed as interns and also state that they shall work for a period of what time after which they will be automatically employed on permanent basis,” said Sossion. He said that as long as the remuneration and terms of engagement of the teachers is not clear, the union shall oppose the course.

“If they interns will not be automatically absorbed then we shall oppose the initiative,” said Sossion.

Past attempts by TSC to recruit interns had been met with resistance from the Knut and Kenya Union of Post Primary Education Teachers (Kuppet) Secretary General Akelo Misori.

Last year when TSC announced plans to recruit some intern teachers, Sossion termed the proposal “an insult” to the teaching profession and vowed to oppose the recruitment. Contract Teachers In Kenya.