A man who vowed to stay by his paralysed wife is grieving after the love of his life passed on.

Roselyn Ofula who had been battling stroke since August 2018 passed on at their home on Wednesday, July 3, morning. 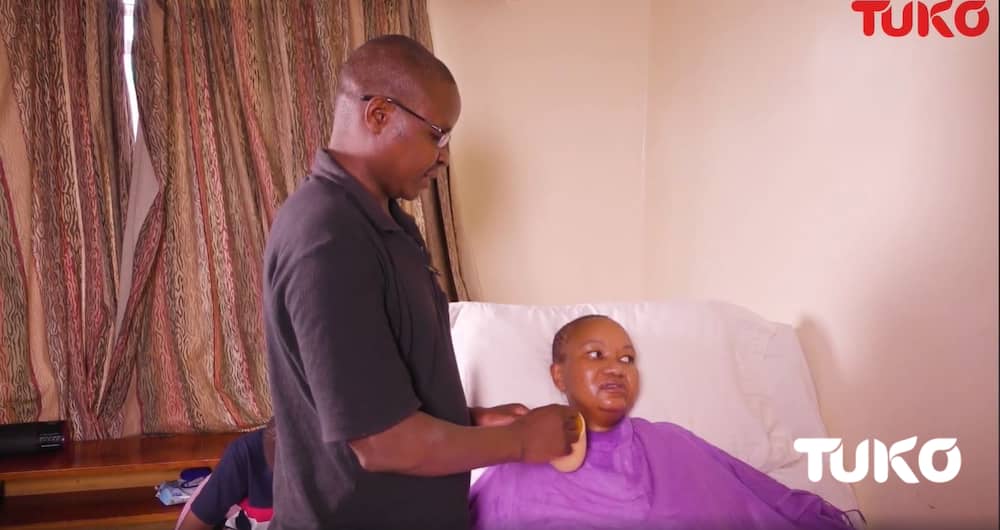 Erastus Ofula and his wife Roselyn at their home in Rongai during an interview with TUKO TV.Photo/ Edwin Ochieng
Source: Original

Ofula who broke the sad news told TUKO.co.ke her wife had shown great signs of improvement and was in jovial mood before she suddenly left them at around 11am.

The father of two touched hearts of many Kenyans when he revealed his undying love for lovely Roselyn and how he devotedly continued to care for her when she suffered a severe stroke.

He abandoned all other roles and dedicated his life to taking care of his wife.

In an interview with TUKO TV’s Lynn Ngugi, a bold Ofula said nothing could separate him from the woman he was married to for 15 years and with whom he has two children.

“I Stay focused because this is one of the biggest vows I made when I was marrying her, to stay with her for better or worse, in sickness and in health… I decided to stay with her because of the vows,” he said during the interview 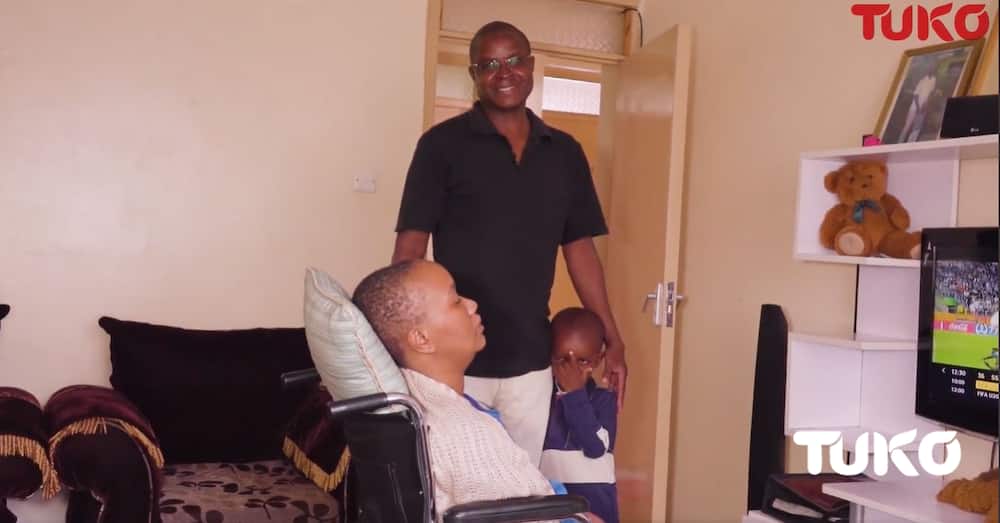 Ofula and his wife Roselyn in their house during an interview with TUKO TV. Photo/ Edwin Ochieng
Source: Original

Roselyn was a human resource professional and was working with Sankara Hotel before she fell sick.

Ofulo was taken aback by the certain change of his wife’s health condition when she started convulsing in the house and could not stand own her own.

“She suddenly started convulsing in the house and when I lifted her up, she kept falling on either sides as she could not stand on her own, I rushed her to the hospital where she was treated for seven months,” he said

Roselyne was admitted in hospital where she underwent treatment for seven months before she was discharged.

His husband was then tasked with the responsibility of attending to her all day long since Roselyne could neither walk nor stand by herself despite the medication.

Other than taking care of the love of his life, Ofula was met with another hurdle of raising KSh 11.3 million to offset the hospital bill that had accumulated for the period his wife was undergoing treatment.

As he battled with this agonising situation, Ofula was hit by another hurdle after he was laid off by his employer on ground that his job had become unworthy after restructuring of the company.

The father of two managed to partly offset the hospital bill after putting together their insurance covers and help from friends, raising KSh 5.2 million and leaving a balance of KSh 7.2 million.

When the story was highlighted by TUKO.co.ke, Kenyans expressed their empathy and offered to support him overcome the tragedy.

” I want to really thank all those who willingly supported me in this struggle, your generous contributions went along way to help the family and has not been in vain ” said