Michael Joseph CEO: Former Safaricom CEO Michael Joseph has been appointed as the acting chief executive officer at Safaricom. This appointment follows the death of CEO Bob Collymore which occurred on Monday, July 1.

In a press statement, Safaricom announced on Tuesday that Joseph will hold the position until the Safaricom Board makes communication on a permanent appointment.

“The board is confident that during this transition, Mr Joseph will provide the necessary guidance and leadership to the company and its employees,” Company Secretary Kathryne Maundu said in a statement. 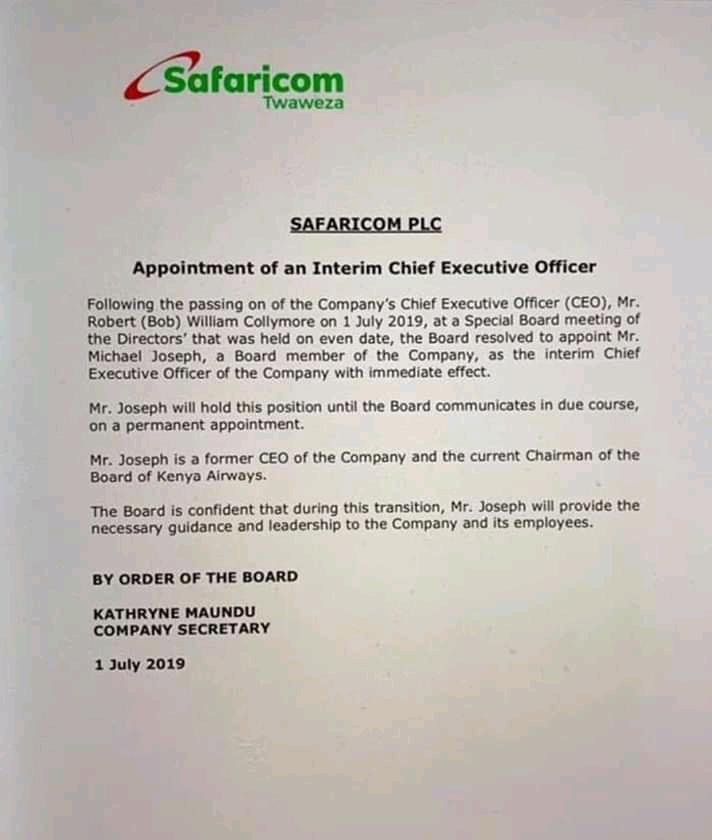 Joseph is a former CEO of Safaricom and the current chairman of the board of Kenya Airways.

Bob Collymore knew he wouldn’t make it past July

Collymore, who passed on Monday morning after battling cancer, took over from Joseph as Safaricom CEO in November 2010.

On Monday morning, the news of Collymore’s death came as a shock to millions who had welcomed his return to work only last July after spending 10 months of treatment in the UK.

Last year, on his return, Collymore revealed he had been feeling unwell for some time and was misdiagnosed with Vitamin D deficiency.

Joseph, 67, joined the Safaricom board on September 8, 2008 and is employed by Vodafone Group Services Limited as the Director of Mobile Money. 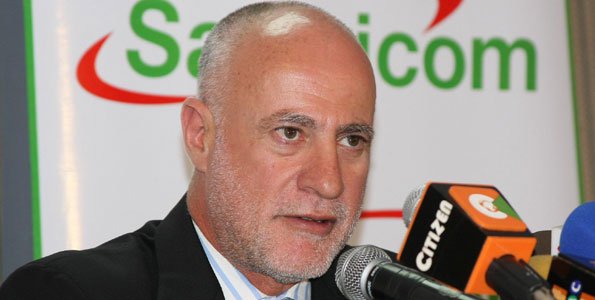 He was the CEO of Safaricom Limited from July 2000 when the company was re-launched as a joint-venture between Vodafone UK and Telkom Kenya until his retirement in November 2010.