– In March 2018, Kenya offered Uganda land in Naivasha to set up a dry port

Speaking on Monday, July 1, when he welcomed visiting South Sudan president Salva Kiir, Uhuru said the move will help in the movement of goods between the two countries and strengthen existing trade ties. 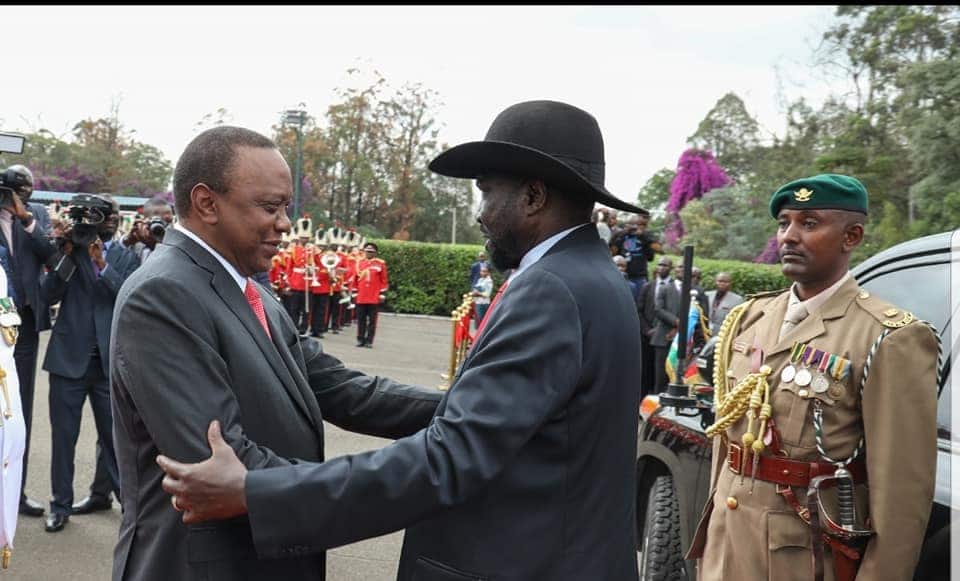 The two leaders commenced talks on, among other things, how to bolster business, peace and diplomatic relations between Nairobi and Juba.

“To ease the movement of goods to South Sudan, the government has responded to the request by South Sudan to set aside 10 acres,” said Uhuru.

This comes three months after the government offered Uganda land in Naivasha for the neighbouring country to set up a dry port.

READ ALSO: 11 photos of Bob Collymore and his beautiful Kenyan wife that prove he was a good family man

Uhuru has been at the forefront in the ongoing peace talks aimed at finding a lasting solution to political instability in South Sudan.

I lost my hand in a Chinese company | Tuko TV.