The lawmaker who was accompanied by other women leaders under the Embrace Movement got emotional during a visit to baby Pendo’s home. 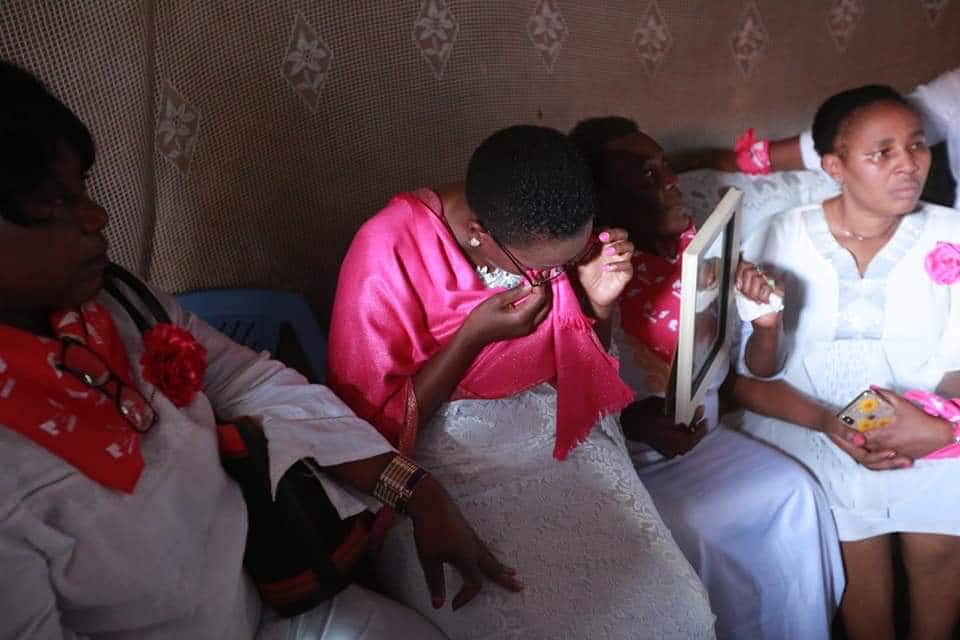 As earlier reported by TUKO.co.ke, the late baby Samantha Pendo died on Tuesday, August 15, 2017, at the Aga Khan Hospital in Kisumu after being in a coma for five days.

Baby Pendo was badly injured on the head by cruel police officers who raided her parents’ home in Nyalenda, Kisumu during a violent police operation to diffuse demonstrations over the outcome of the 2017 Presidential election.

The handshake between President Uhuru Kenyatta and former prime minister Raila Odinga saw emergence of new political formation with some supporting the unit pact and others opposing it.

One of those that are supporting it include the Team Embrace which has been traversing the nation with the aim of promoting peace and unity following the division that was experienced during the last General Election.

It was on that premise that Sabina Chege found herself deep down in the slums of Nyalenda where the women leaders visited the home.

She could not hold her emotions after Pendo’s mother, Lenser Achieng, narrated to her the happenings of the day her daughter got clobbered by police.

However, it is not the first time the legislator has cried in public given a recent incident in her county where she was in tears after youths booed her in presence of other Team Embrace women leaders.