Organisers of Dubai Duty Free raffle are looking for a Kenyan citizen who won KSh 100 million after his ticket series 2162 was picked as the lucky number on Tuesday, June 25. 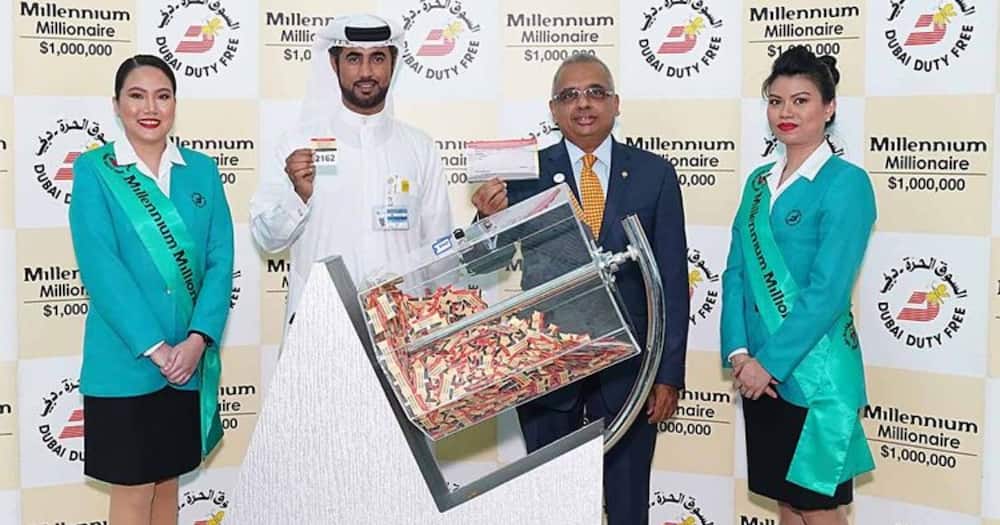 Organisers during the raffle ticket draw. A Kenyan is said to have won KSh 100 million but could not be traced. Photo: Gulf News.
Source: UGC

Paul Wachira reportedly purchased his ticket online thus his location could not be immediately established by the time his name was called out among three other winners.

According to Dubai-based news outlet Gulf News, the organisers’s attempt to reach out to Wachira have proved futile even though they hoped the good news would soon reach him.

Wachira, however, became the first Kenyan to win.

The on-demand economy and its implications for brands entering Kenya