The county boss visited the veteran politician at his Nairobi home where they discussed a plethora of issues affecting Nairobians.

READ ALSO: If you fail so many times your teacher will send you home to go and marry – Fred Gumo tells Raila 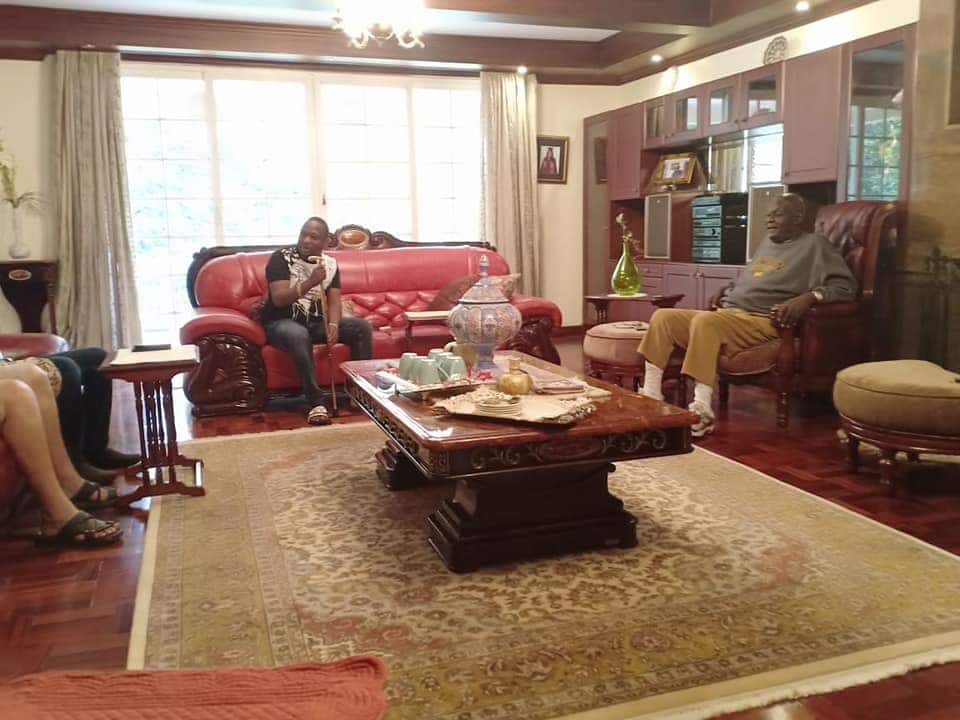 Sonko noted the former Westlands MP who has been keeping a rather low public profile since the 2017 General Elections shared with him his experience on when he was the minister for local government and chairman of city council commission.

“We discussed wide range of issues on improvement of the livelihoods of Nairobians. The former minister shared with me his wealth of experience in the historical development of Nairobi city county.

READ ALSO: 12 powerful politicians who have worked with Raila before and are now Uhuru die hards

The City Hall boss described Gumo as one of the former heroic leaders who he would be visiting instead of seeking advice and guidance only from retired presidents like other leaders have been doing.

“I observed that there is need to visit former heroic leaders like Mzee Gumo instead of the current trend of always visiting former presidents like Daniel Moi and Mwai Kibaki only.

I promised to visit other former Nairobi leaders and ministers to gain their wealth of wisdom in running Nairobi City County for the betterment of all Kenyans,” he said.

The 74-year-old Gumo was once a member of the Orange Democratic Movement (ODM) party and one of Opposition leader Raila Odinga’s close political allies.

He represented Westlands constituency in Parliament between 1994 to 2013.

The former MP , however, aggressively campaigned against his former party boss Raila during the 2017 General Election.

University of Nairobi to scrap over 40 ‘useless’ degree courses