It is understood the two politicians paid the Ugandan envoy a visit to wish her quick recovery after she was involved in a road accident which left her with a broken leg. 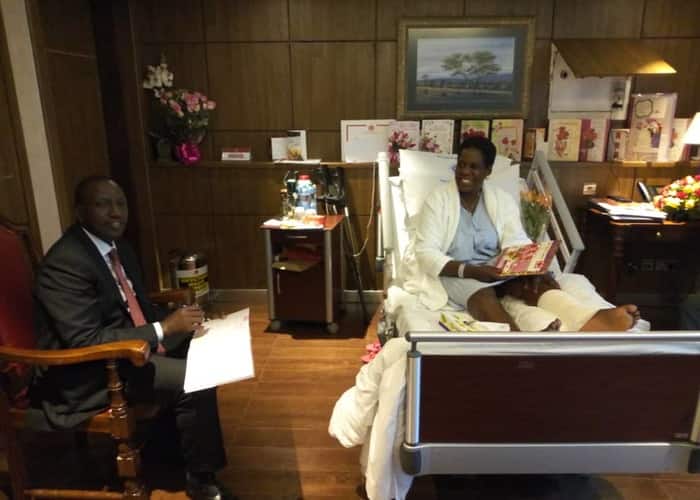 TUKO.co.ke on Thursday, June 20, learnt the DP was at Nairobi Hospital on Wednesday morning, a few days after the former prime minister’s visit.

Uganda’s New Vision indicated Otala had received a number of high profile visitors at the health facility since she was admitted in June 2019. 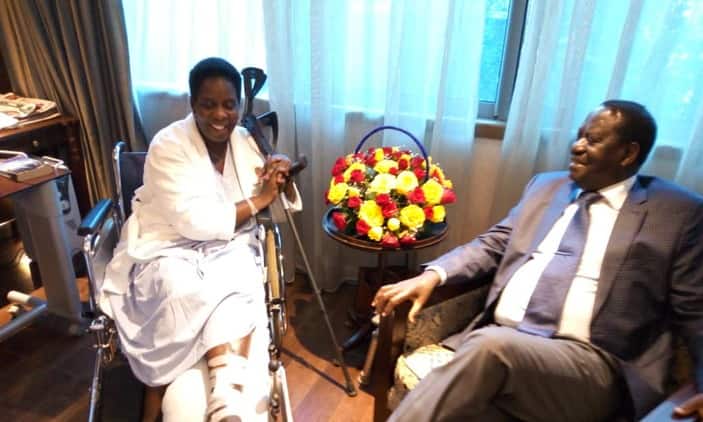 Otala was admitted after she suffered a broken left leg in a motor accident at Kimwanga on the Eldoret-Malaba highway.

She was reportedly flown to Nairobi by AMREF flying doctors and received at Wilson Airport by officials from Kenya’s ministry of Foreign Affairs. 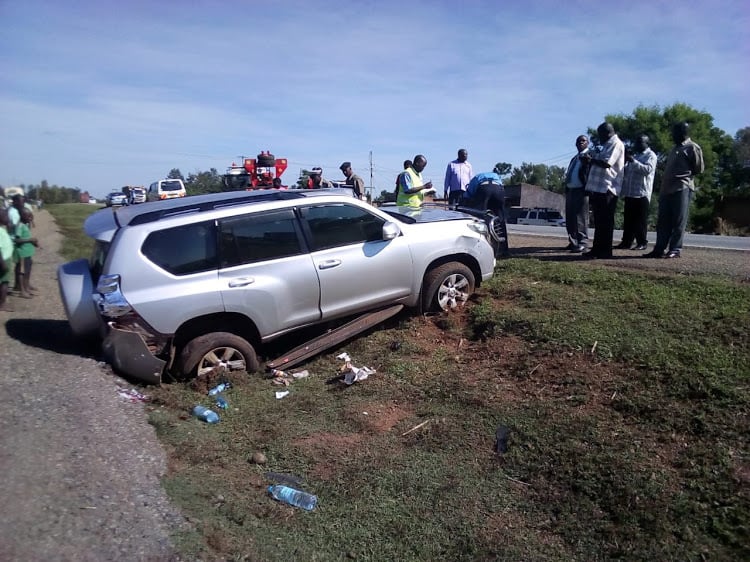 Phoebe Otala was involved in a motor accident at Kimwanga on the Eldoret-Malaba highway. She suffered a broken leg. Photo: New Vision.
Source: UGC

Uganda’s embassy in Nairobi had confirmed she was in a stable condition.