Bumala MP Mwambu Mabonga has challenged President Uhuru Kenya to come out and rebuke leaders calling for constitutional amendment to extend his term past 2022 when he is expected to retire.

The youthful MP accused Uhuru of surrounding himself with people who cannot advise him on the right path to follow so that he can leave behind a legacy that people would admire when he leaves office. 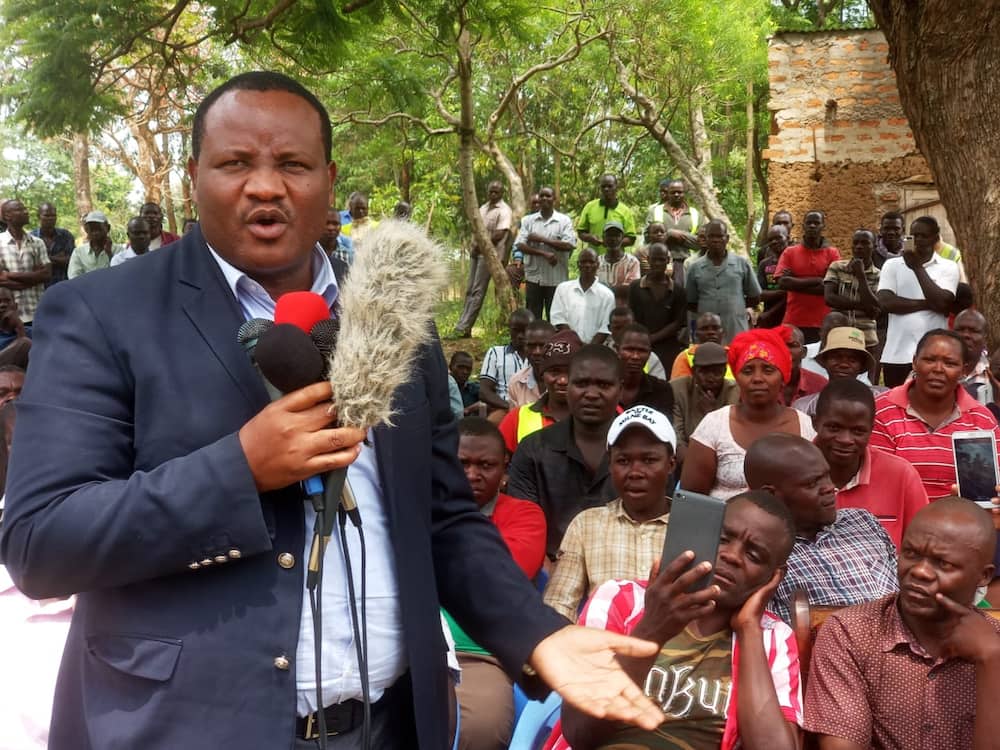 Mabonga who was reacting to Uhuru’s acerbic speech during the 2019 Akorino annual conference held at Kasarani Stadium, Nairobi, on June 16, 2019, said he was expecting the president to lecture Mike Sonko who has suggested the president should not retire.

“When Mike Sonko says the Constitution should be changed to add the president more time to continue leading Kenyans, Mr president, I expected the person you could rebuke in that meeting was Mike Sonko.

But it is unfortunate to see you rebuke completely different people. We love you Mr president and we want you to go on retirement in 2022,” Mabonga said on Monday, June 18.

The lawmaker went further to refer the president to the Bible where he advised him to read chapter five verse five of the book of Daniel in the Bible during his free time.

“I want to remind you of a scenario in the Bible, if you ever have time to read it, it is in Daniel Chapter five Verse five

You need to know your time is up, so that you plan very well to leave a legacy that people will admire even when you are gone. The writing is on the wall,” the MP said.

Uhuru had warned to Jubilee leaders who were defying his directive to stop early premature 2022 campaigns.

The angry president while delivering his speech cautioned the the politicking not to take his silence for weakness.

“When they see me remain silent, they should not think it’s because I feel threatened. I will find them wherever they are.

If you are making headlines, do not think it bothers me… I even stopped reading newspapers and using Facebook because of these rubbish,” he said in Kikuyu

He reminded Jubilee leaders he was not elected president because they looked for votes on his behalf.

“These thugs that we elected are busy politicking…they will not stop me from constructing roads. They didn’t look for votes on my behalf, I went looking for my votes. These rubbish should stop bothering me,” he said then apologised to the Akorino faithfuls for losing his cool.