Ruto’s assurance came barely a week after Uhuru lashed out at a section of MPs allied to his deputy’s Tanga Tanga team for undermining his administration’s agenda by advancing 2022 succession politics.

READ ALSO: Raila Junior pleads with government to save Kenyans from agony of long queues at Nyayo House 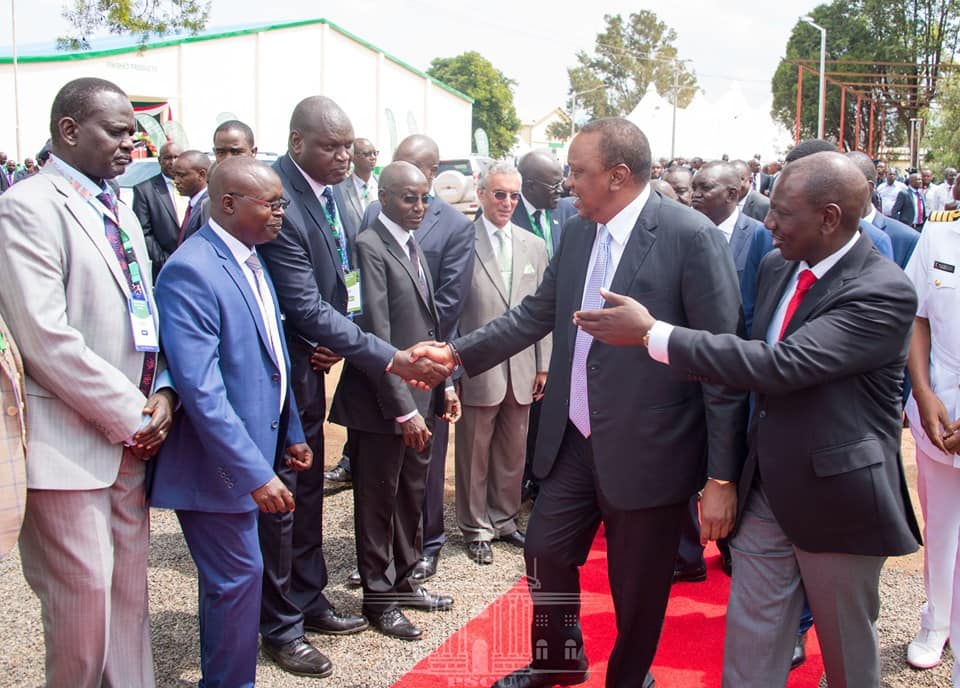 Speaking in Eldoret during the relaunch of Rivatex textile factory on Friday, June 21, the DP said he would dance to the president’s tune and rally the entire Jubilee fraternity behind him, and ensure both leaders realise unity and development.

“Nitasimama na wewe mbele na nyuma, kulia na kushoto, juu na chini, milima na mabonde, sisi tuko nyuma yako hapo, na tutahakikisha ya kwamba (I will stand by you in thick and thin, left or right, on mountains and in valleys, we shall remain behind you and shall ensure) Big four and uniting people alongside development happens,” said Ruto

The DP vowed to instill discipline in the party and ensure members were well behaved and spoke in one voice.

“I give you my personal commitment as your deputy that all other leaders will not go astray, you can see today they are well-behaved, they are getting better,” he added

Prior to the tour, there were fears that area MP Oscar Sudi, Ruto’s ardent supporter and the president’s fiercest critic, would destruct the function and reports indicated State House operatives were planning to lock him out of making a speech.

Sudi has been scoffing at the Head of State and claimed he was using investigative agencies to wage war against his deputy.

His rants and those of other Tanga Tanga allies from Mt Kenya region recently rattled Uhuru who lost his cool and vented out one of the harshest speech ever heard before.

Uhuru castigated his deputy’s errand boys for spending too much time politicking instead of working for the people who elected him.

“These thugs that we elected are busy politicking…they should not think I am their kihii (uncircumcised boy), they did not make me president, they will not stop me from constructing roads. They didn’t look for votes on my behalf, I went looking for my votes.

“These rubbish should stop bothering me,” he said during the 2019 Akorino annual conference at Kasarani

In what was seen by political players as an opportunity to pamper and calm the president down, Ruto reaffirmed his loyalty and promised to deal with those who would dare provoke Uhuru again.

This was partially evident in the manner in which Sudi conducted himself during the function.

The Kapsaret lawmaker asked the Head of State to visit his backyard quite often since he was “a good man who is development oriented”.

FGM or no FGM I Tuko TV

Brief news on farming and agribusiness in the country

Digital services to transform African agriculture worth up to €2.3 billion