There was a sigh of relief on Wednesday, June 19, for relatives, friends and colleagues of the police officer who went missing after a vehicle he were travelling in was hit by an explosive.

According to Wajir County police boss, Stephen Ngetich, the officer identified as Harun Kibera was found in Konton village in Wajir by locals. 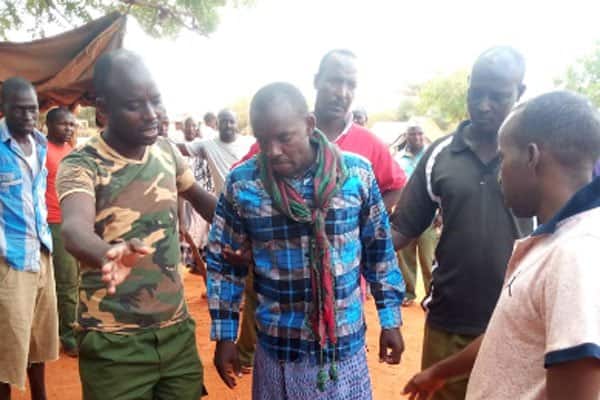 This comes barely days after another officer who had also gone missing after the attack was found alive on June 16, 2019.

Seven officers died on Saturday, June 15, after their vehicle run over an explosive between Kharof Harar and Konton centre.

Two others, who sustained serious injuries and were airlifted to Nairobi for specialised treatment on Saturday night.

“We have already buried the local officers according to Islam doctrine. Three other bodies were flown to Nairobi on Saturday,” said Mr Kibaara.

Kibaara, however, denied allegations that the affected officers were recently deployed in the area and did not understand the terrain.

READ ALSO: Eldoret: ‘Female’ athlete who participated in international marathons turns out to be a man

On Thursday, Konton centre was raided by suspected Al-Shabaab militants who were said to have kidnapped three National Police Reservists.

The report further indicated that the Somalia-based militants made away with a motorcycle and a tuk-tuk from Konton.

The Kenyan Lady Who Married Herself

Kenya bets on flower hub in China to grow exports

Africa must prepare for the next disaster –...

Cheers and hugs as rebels take back Tigray...

High Excise Tax On Airtime Makes It a...

Students beat up teacher who asked them to...