– Coming third was Nairobi governor Mike Sonko who scored 12.8% in the poll

– Survey was conducted by Insight Strategists Solutions between April 29 and May 3, 2019

A new opinion poll has shown Deputy President William Ruto would be the most preferred presidential candidate if elections were held today, leading with 30.81%.

Opposition leader Raila Odinga would follow closely with 27.5% with Nairobi governor Mike Mbuvi Sonko coming at third place with 12.8% in the poll. 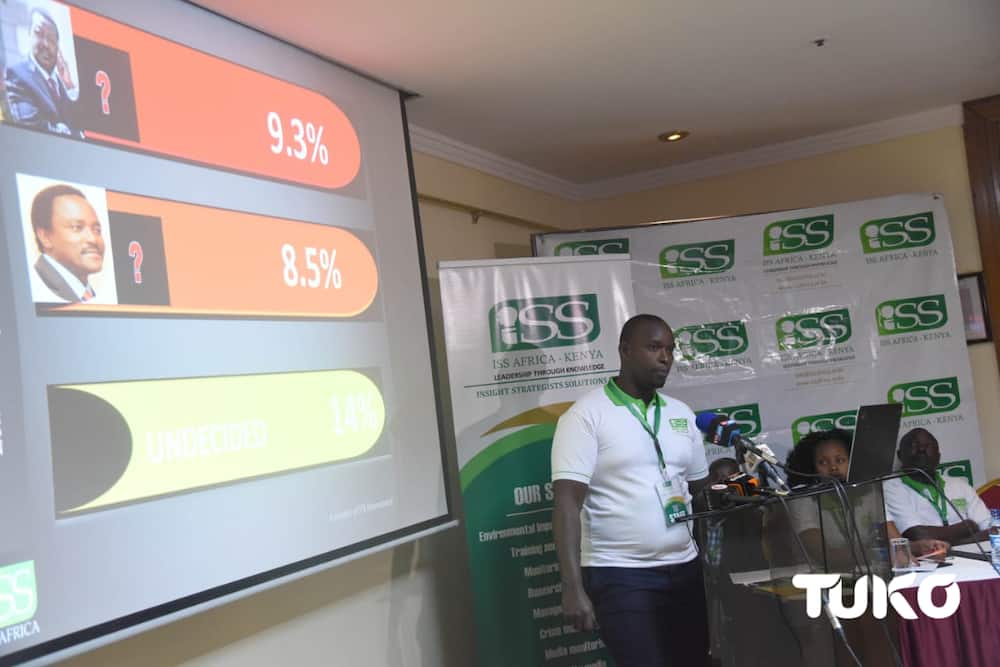 According to the poll, governors Alfred Mutua (Machakos) and Hassan Joho (Mombasa) received 0.9% and 0.8% respectively.

Raila and Ruto are still holding their blocks tight with 66% and 65% in Nyanza and Rift Valley respectively,” Macharia said. 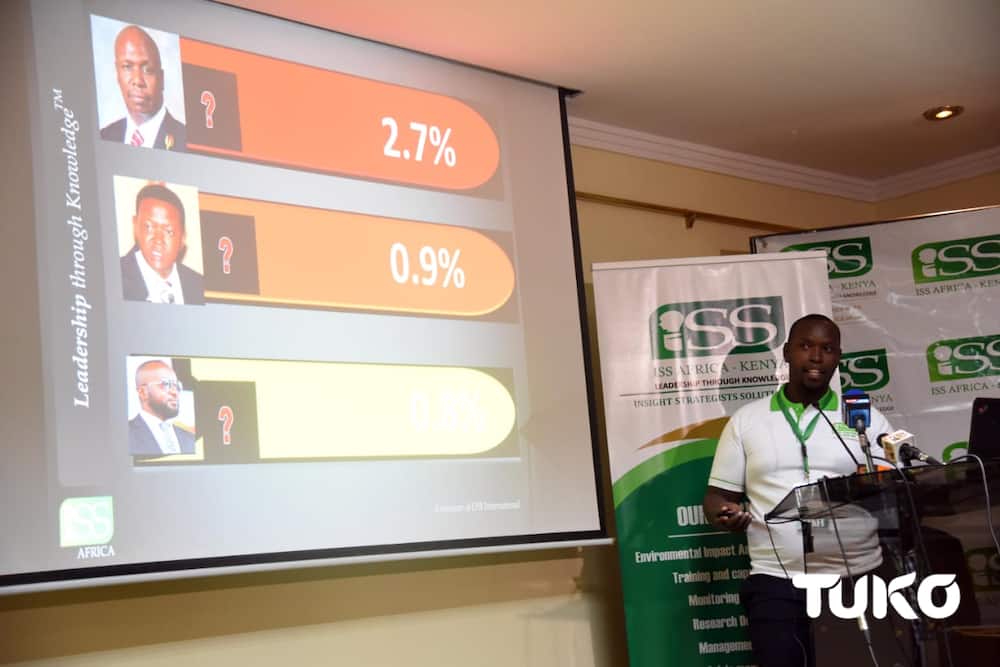 READ ALSO: You will soon know who we are-Raila responds to William Ruto

The lead researcher, however, clarified the situation could change since 14% of those polled said they were still undecided.

The poll was conducted by the Insight Strategists Solutions between April 29 and May 3, 2019, with a sample size of 1,702 respondents across 38 counties.

And in as far as running mates are concerned, Macharia said if elections were held today, then Interior Cabinet Secretary Fred Matiang’i would be the most preferred running mate as rated by 22.4% of the respondents followed by Makueni governor Kibutha Kibwana with 18.3%.

On the fight against corruption, Directorate of Criminal Investigations (DCI) was ranked highest with 42.6% followed by Director of Public Prosecution (DPP) with 40.4%.

The Ethics and Anti-Corruption Commission(EACC) came a distant third with 7.7%.

When asked whether or not another referendum would be necessary, 79% responded in the affirmative, 17% said no while 5% said they are not sure.

The highest call for a referendum was recorded in Rift Valley with 87%, followed by Central with 86% while Western, Nyanza and Eastern recorded 82% each.

READ ALSO: DP Ruto states the condition under which Uhuru and Raila might hold talks

Macharia said the sampling frame was developed using Probability Proportional to Size (PPS) with the registered voter distribution as the weighting factor.

The sample was further split into key demographic groups including by region, age and gender.

The key administrative boundary was the district of residence, which was further split into both urban and rural.

Sampling technique adopted was purposive, random and systematic. This was done so as to ensure that every registered voter in Kenya was given an equal opportunity to participate.