Billionaire couple do the dishes together every night

– The power couple has been married for 25 years and is blessed with three children namely Jennifer, Phoebe and Rory Gates

– Despite their busy work schedules, with Bill always on the move, they still make time to do the dishes and other household chores as a family

– Cleaning the dishes at night before bed has become a tradition at the Gates, and this was after Melinda and Bill agreed to balance out the household chores

– She argued if women can lower their weekly household work from seven to five hours, then their workforce productivity would be boosted by about 20%

Most household chores are generally presumed to be the work of women, especially in Kenya where harsh judgments such as ‘kukaliwa chapati’ (being hen-pecked) is usually meted against men for helping their wives in the kitchen.

Perhaps these Kenyan macho-men can learn a few things from billionaire Bill Gates, American business magnate best recognised as the founder of Microsoft Corporation, who has been married to his lovely wife Melinda for 25 years. 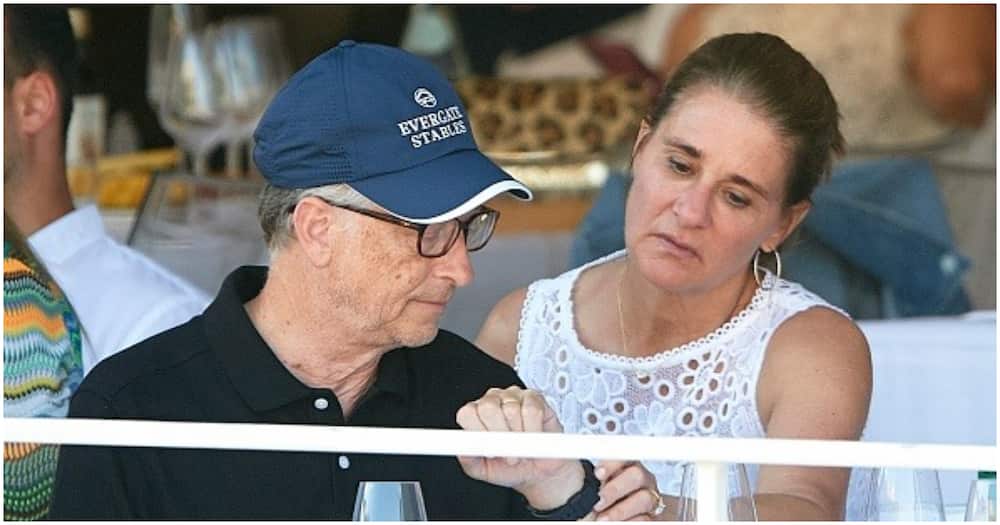 Bill met Melinda in 1987 when she joined Microsoft as product manager. He was smitten, and soon started pursuing the woman who would later become her wife. That was 25 years ago. Photo: Getty Images.
Source: Getty Images

In a recent media interview, Melinda who co-founded the Bill and Melinda Gates Foundation, the world’s largest private charitable organisation with her husband in 2000, revealed the secret to their long-lasting and happy marriage.

She told Business Insider despite their busy work schedules, with her billionaire husband almost always on the move, they still make time to do the dishes and other household chores as a family every night before everyone goes to bed.

According to Melinda, women spend seven more years doing unpaid household chores compared to men in their lifetimes on overage.

She argued if women can lower their weekly unpaid household work from seven to around five hours, then their workforce productivity would be boosted by about 20%, adding that doing the chores with ones spouse can also make relationships stronger.

So at what point did she convince busy Bill to start doing the dishes with her?

Melinda said she and Bill had a series of conversations as a couple and in the process, learnt how to become more balanced in their marriage life.

And among the things Melinda really wanted to be balance out was of course the household chores, including washing the dishes.

“One night I realised I was still in the kitchen a good 10, 15 minutes after everybody else doing the last-minute things.

Sometimes in the moment, my frustration just comes out. So one night we stood up after dinner and people in the family started to melt away, like, off they go upstairs. So hand on my hips, I am, like, ‘Nobody leaves the kitchen until I leave the kitchen!'” she shared with Business Insider.

Since that night, the Gates family, including Bill, do the dishes together every night before going to bed and no one needs a reminder.

The wealthy couple met in 1987 when she joined Microsoft company as a product manager.

He was smitten by her and without wasting time, hit it off with request for a date, which she initially turned down.

After he insisted on taking her out, the pair started dating and eventually exchanged vows as husband and wife in a private ceremony held in Lanai, Hawaii. That was in 1994.