There was drama in Thika town on Saturday, June 15, after angry residents pounced on and frogmarched a lesbian couple to a local police station.

The residents found the two ladies perceived to be kissing passionately in in the precincts of Thika Arcade in the Central Business District (CBD). 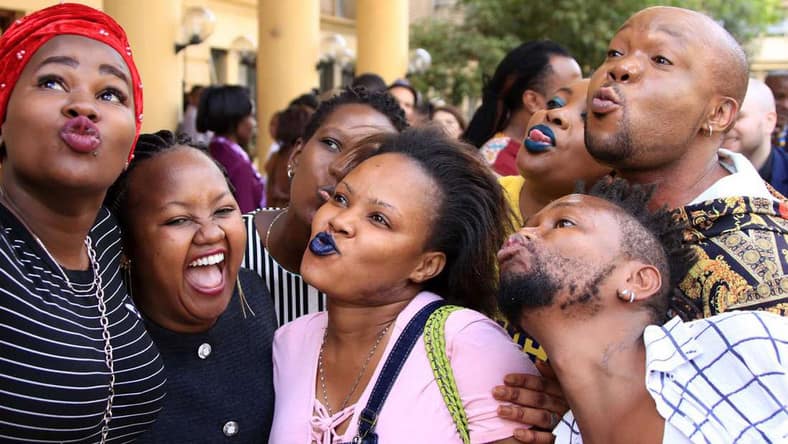 At the police station, the two revealed confirmed they were indeed a relationship where the younger girl was the wife of the older one.

“They were kissing here as people watched, members of the public became angry and took them to the station,” said Lucy Wambui, one of the resident.

The younger girl is alleged to be a student at a local college in Thika while the older one lives in Karen, Nairobi.

The incident comes barely days after Kenya’s High Court declined to repeal sections of the law criminalising homosexuality in a verdict that was seen as a blow to the gay community.

Gay rights organisations had hoped Kenya would follow in the footsteps of African nations like Angola, or those further afield like India, and end decades-old laws criminalising gay unions.

But three years after they filed their petition, the High Court ruled the laws in question were not unconstitutional, leaning heavily on the defence of the nation’s traditional culture.

Prior reports by TUKO.co.ke showed another couple was arrested for allegedly getting intimate at Uhuru Park.

They were later released on a KSh 500 bond.