President Uhuru Kenyatta has for the first time revealed who helped First Lady Margret Kenyatta to deliver their firstborn son. 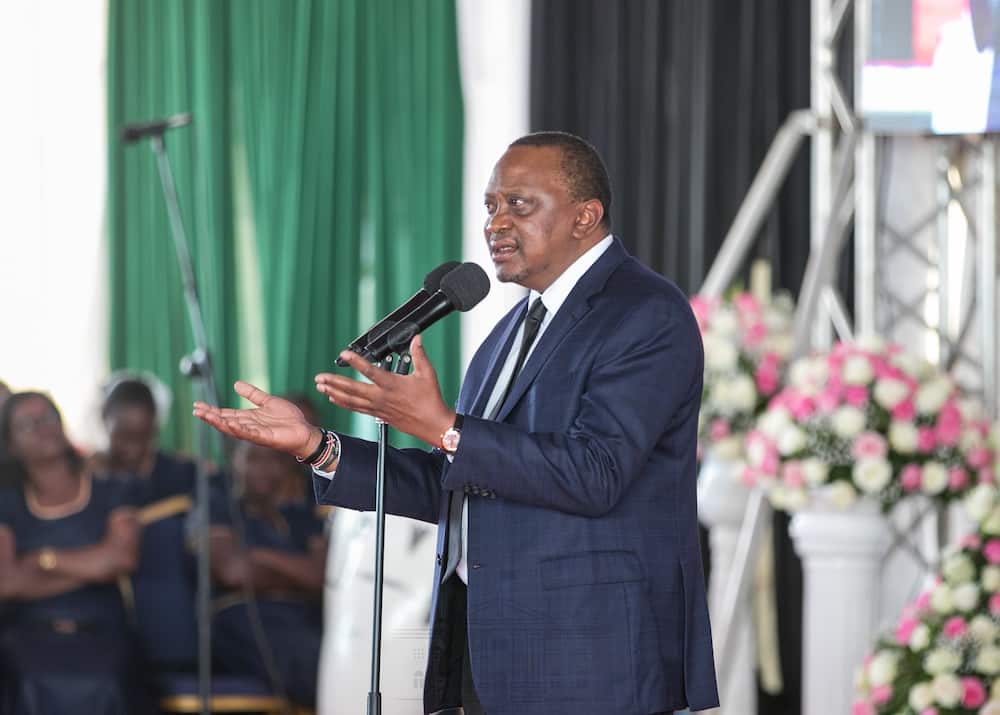 Speaking in Kisumu during the burial ceremony of the governor’s mother Dorka Owino Nyong’o on Friday, June 14, Uhuru acknowledged he din’t know the deceased at personal level but recalled how one of her daughters helped Margret deliver.

He further said Jomo is now a grown up man with his family and even he has a son.

“Therefore, that is confirmation that she would also have made a good nurse. Mama continue taking care of us, the son is grown and he even has a wife and a child as well,” he affirmed.

Owino, who died on May 28 aged 98, was laid to rest at her matrimonial home in Sewe, Kisumu county.