– A requiem mass for the man described as hardworking and cheerful giver was held on Thursday, June 13

– However, there were no printed eulogies and only a handful of his friends and his youngest brother, spoke

– Despite his affluence and influence, Murugi was buried in a low-key burial ceremony which shocked many

Barely two days after the family of business tycoon and owner of Mastermind Tobaccos was buried in an odd funeral, his family and friends were accorded a chance to pay their last respects.

A requiem mas for the business man was held on Thursday, June, 13, at the All Saints Cathedral, Nairobi, where they remembered the life and times of the business mogul. 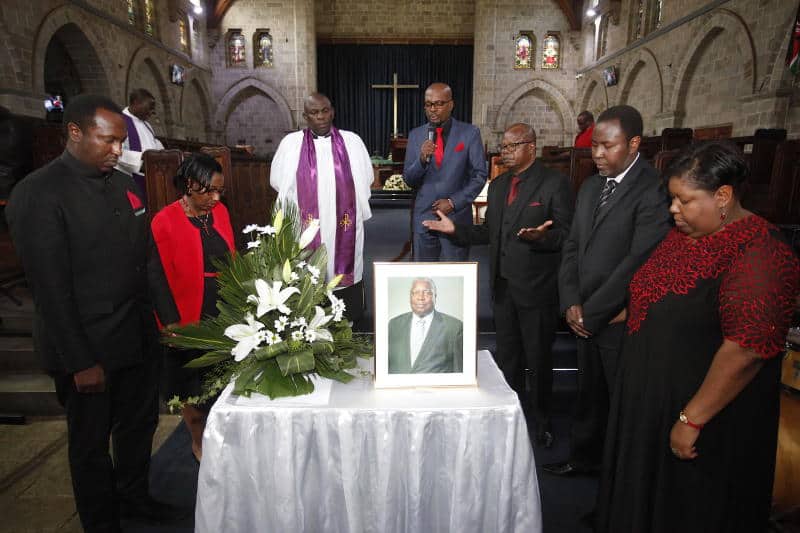 He was described as a family person, patient, kind, a giver, quiet, hardworking and reserved person. Photo: The Standard.
Source: UGC

According to a report by the Standard, there were no printed eulogies during the memorial service and only a handful of his friends, colleagues and his youngest brother, spoke.

“He was good at playing sports such as football, tennis and volleyball. He was the first university graduate in Tharaka Nithi to obtain a degree in electrical engineering. Indeed, he was one of a kind,” said his brother, Geoffrey Mutegi.

The man who contributed heavily to the society yet few knew him was described as a family person, patient, kind, a giver, quiet, hardworking and reserved person.

Other’s described him as a visionary man of few words but whose impact was profound.

According to those close to him, Murungi was a focused business man that he quit his well-paying job at British American Tobacco in 1984 to venture into the tobacco business.

This was after he started his own firm, Mastermind Tobacco taking on the multinational business with his popular cigarette brand, Supermatch.

READ ALSO: A look into the life of renowned author Margret Ogola as Google celebrates her

His journey took him to Congo when it was still called Zaire. There he hawked cigarettes in his old Land Rover after the allure of transacting in dollars proved to be irresistible.

“He drove around selling cigarettes and he was paid in dollars. In that town there were no good places to sleep so he slept on benches and in shelters where he used his money, piled up in bundles, as his pillow,” said Gitahi Karuro, his friend from high school days.

Despite his affluence and influence, Murugi was buried on Tuesday, June 11, in a low-key burial ceremony which shocked many.

But those who knew him said it was proof of a man who exhibited his introverted nature even in death.