How to spot fake new currency notes in Kenya

How to spot fake money: Following the release of the new currency notes, Kenyans are struggling to spot tell out genuine notes from fake notes. This is because fake currency notes are already in circulation.

For example, a taxi driver was almost arrested in Moyale on Tuesday after he was found in possession of fake banknote of the new Kenyan banknotes.

Boniface Kamau had gone to deposit the money in an M-Pesa shop when he was told the banknotes were fake.

According to Kamau, he received Sh. 3,000 from clients he had taken to Ethiopia. Unknown to him, part of the money was counterfeit.

SEE MORE: Over half of all Kenyans living hand to mouth, says CBK

“They (passengers) alighted from a Nairobi bus and said they wanted to cross over to Ethiopia. I took them, waited for them as they shopped and dropped them back at a Mandera-bound bus after which they handed me Sh. 3,000 as we had agreed,” Kamau narrated. The taxi driver, who said it was the first time he was coming in contact with the new banknotes, only discovered that he had been duped after he went to deposit the cash at an M-Pesa agent.

“When the M-Pesa agent told me the notes are fake, I went to a bank and it’s then that I was told only Sh. 1,000 was genuine. They wanted to arrest me but I was lucky because I knew the police officers at the bank. I just explained to them and they understood me,” he said.

So how easy or difficult it is to tell counterfeit currency depends on the accuracy and attention to detail. One can tell if the money they get from the shop, bus or even the ATM is genuine or fake.

Below, we have provided pictorials from CBK showing what you should look out for when taking in any of the new fake currency notes.

How to spot fake money 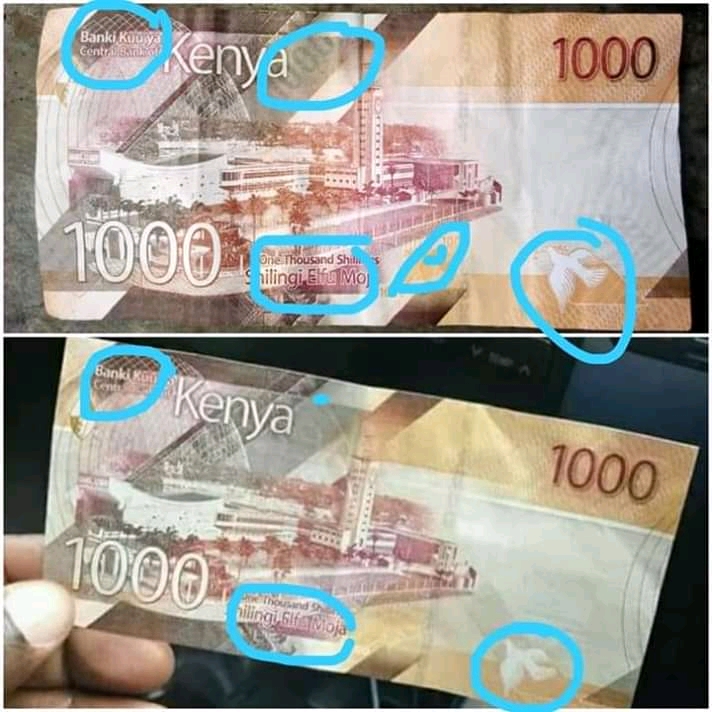 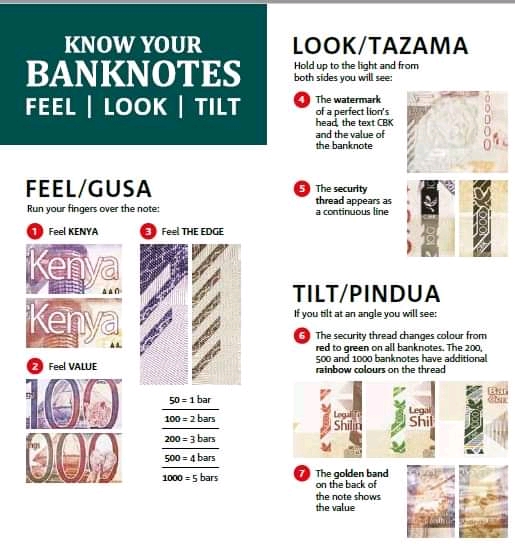 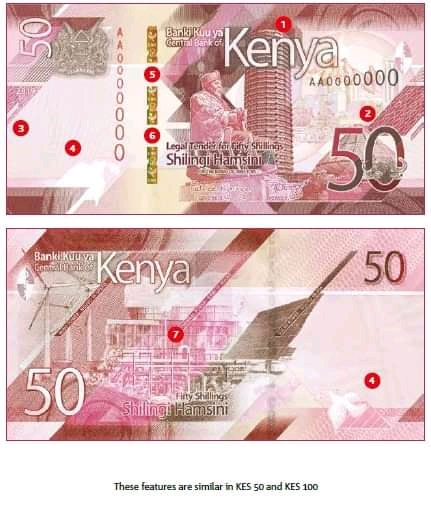