The National Treasury CS Henry Rotich is set to table in Parliament his seventh budget for the financial year 2019/2020, but just how much of this money will be spent on development? 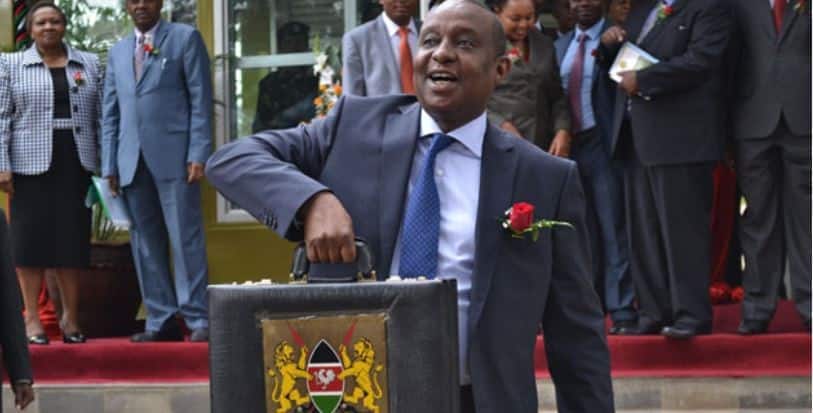 The executive arm of the government will receive a total of KSh 1.84 trillion, Parliament KSh 43.78 billion and the Judiciary 18.88 billion according to the budget estimates.

The CS is expected to tell Kenyans how he is going to finance the budget with a deficit of more than KSh 607 billion, and with no room left for borrowing, at least according to the Central Bank of Kenya (CBK) boss Patrick Njoroge.

Rotich could nevertheless be forced to return to the domestic and international markets for more loans to plug the hole in light of the shortfall in revenue collection, a move that could further worsen the country’s public debt situation.

Kenya Revenue Authority (KRA) was to raise KSh 1.6 trillion in revenue by end of June 2019, but that target is not likely to be met considering the taxman had managed to raise just KSh 1.1 trillion by April 30, 2019.

The Treasury boss is thus expected to come up with a raft of other measures on how to compensate for the deficit to be able to effectively finance the national budget.

Although the exchequer had proposed sealing of loopholes for revenue leakage and expanding the tax base, it is not yet clear how much more would be raised or who will shoulder additional tax burden should new tax measures be introduced.

How traders conspired to reap from KenolKobil buyout