Why new Kenyan currency notes are a terrible idea

New Kenyan Currency Notes: BY EPHRAIM NJEGA: Today I overheard two men in a matatu discussing excitedly about how the demonetisation is going to catch all the thieves who have been looting the economy. I felt pity for them.

I think most Kenyans are highly excitable and gullible.

I still maintain that this demonetisation process is yet another fraudulent attempt to prop up a non-existent war on corruption. It is absolute nonsense which will disrupt the economy without any corresponding benefits to the country. The following are my reasons;

1. The only stated objective as per the press release by CBK Governor on Madaraka Day is that the new Kenyan currency notes will fight counterfeiting of the one thousand shilling notes. All these other objectives experts and non-experts are giving are mere speculation.

This counterfeiting issue is also hyped. Remember this demonetisation was preceded by endless discoveries of what we were told were billions of counterfeits seized in police operations. How many people in this countries have interacted with these counterfeits? Who saw those billions? You can clearly see some monkey business going on there. 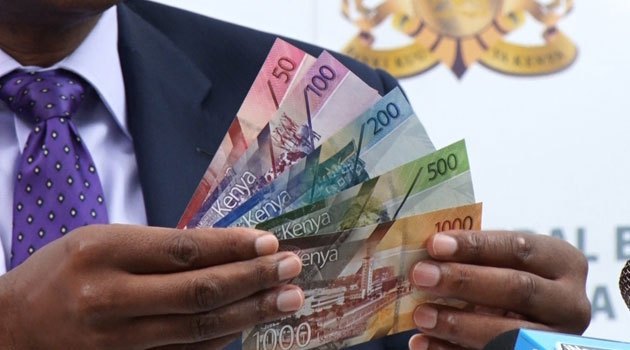 2. The amount of money involved is petty cash and any extinguished money will be of no impact on the economy. The value of one thousand shilling notes as at 1st June 2019 was KShs 217.6 billion.

In the Indian demonetisation case of 2016 it was reported that 99.3% of all the demonetised notes were returned. Only 0.07% could not be accounted for. Assume in our case 10% is not accounted for that is just KShs 21.8 billion. Do you think such an amount can change anything and here we are even assuming the best case scenario. What if one percent or KShs 2.18 Billion is unaccounted for? What is this compared to the KShs 6 trillion debt burden?

3. The claim that the return of the money to the banking system will improve liquidity and spur lending is also baseless. Kenyan banks are not slowed lending due to lack of liquidity but due to cap on interest rates. In fact as of March 2019 overall banking industry liquidity ratio was at 50.8% which is one of the highest in the last 20 years. It is only second to the 55.7% level reached in May 2017. The monthly average liquidity ratio over the 20 year period is 42.6%.
Even if deposits were to rise it would not spur lending while interest rate caps remain. Kenya is already one of the most cashless countries. Any amount of cash people have out there is for everyday purpose and there is no way we can have zero money outside banks. People will always need cash even with mobile money and mobile banking.

4. The whole thing is illegal as it offends express provisions of the 2010 constitution which preserved the legality of all previously issued banks notes. The notes design is also contemptuous to the constitution and an insult on the intelligence of Kenyans.

5. The argument that this is to fight corruption is the most nonsensical of all arguments. Between 31st December 2018 and 1st of June 2019 a total of KShs 14 billion or 14 million one thousand shilling notes were returned into the banking system. Who did that and why? Were they alerted about the looming demonetisation and the exercise only announced after they were safe?

The people who looted gave themselves a three year no taxes demanded no questions asked amnesty to return the dollars into Kenya. Treasury says they took advantage of the amnesty and returned KShs 1 trillion. Remember that this is money belonging to individuals and not to government as some think. Was this money ever felt in the economy? Why do you think that people who passed a law to allow themselves legally launder KShs 1 trillion are concerned about illicit money? Why ask questions about Kenya shillings notes and none about all these dollars?

6. The four months given is a long period. Add to that potential extension as the court cases drag on. This is enough time to launder the money. There are a thousand ways of doing that without raising any attention.
—–
In conclusion, the demonetisation will disrupt the economy. It will only inconvenience people doing legitimate business.

Already businesses are afraid of taking the old one thousand shilling notes for fear that they wouldn’t manage to exchange them in good time. Even some stockbroker at the NSE has banned used of cash to buy shares for fear of money laundering accusations.

People are also afraid of the new Kenyan currency notes since they are not familiar with their distinguishing features.

Why are these people making the Kenya shilling look like a contraband? Who will trust our bank notes when our own CBK goes around telling other Central Banks that there are a lot of illicit flows?

In short, this is a totally brainless move. Anyone celebrating it will soon know they laughed too early in the day.

Huawei calls on Washington to ‘halt illegal action’ against the company.