– Rotich will present in Parliament the 2019-2020 budget statement on Thursday, June 13

Treasury CS Henry Rotich is expected to table 2019/20 budget and many are eagerly waiting to see how the money man will fund another KSh 3 trillion spending plan faced with huge deficit and no headroom for borrowing.

The budget statement for the 2019/20 financial year (FY) to be presented in Parliament on Thursday, June 13, at 3pm will be lower compared to that of 2018/19, but from the look of things, reduced allocation will not offer any reprieve for the already burdened taxpayers. 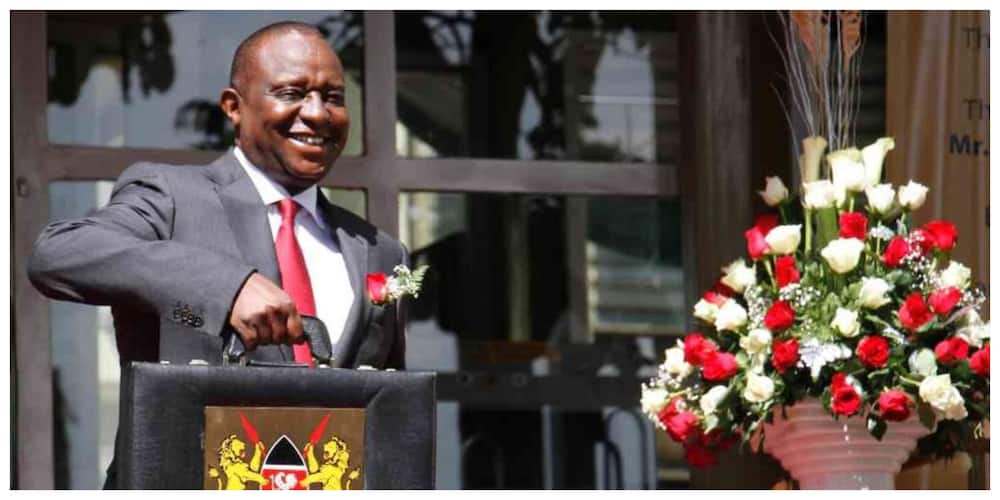 Estimates seen by TUKO.co.ke on Sunday, June 9, showed the 2019/20 FY deficit was more than KSh 600 billion, and this could mean more borrowing to plug the hole in light of a significant shortfall in revenue collection, further worsening the country’s public debt situation.

Kenya Revenue Authority (KRA) was to raise KSh 1.6 trillion in revenue by end of June 2019, but that target is not likely to be met considering the taxman had managed to raise just KSh 1.1 trillion by April 30, 2019.

Rotich will therefore have to come up with other measures on how to compensate for the deficit to be able to effectively finance the national budget.

Although the Treasury had proposed sealing of loopholes for revenue leakage and expanding the tax base, it is not yet clear how much more would be raised.

For the CS, the most likely easy way out of the apparent quagmire would be to continue borrowing, not just to raise funds for the budget but also offset some of the old loans that would be maturing soon.

Rotich had dismissed reports the country was staring at a debt crisis owing to the government’s huge appetite for loans and disagreed with Central Bank of Kenya (CBK) governor Patrick Njoroge who argued Kenya was no longer in a position to borrow.

He added the country was still in a position to take additional loans arguing the debt was within target and that the loans were being taken in line with the set statutory laws.

We have a budget deficit of KSh 600 billion. We presented this to Parliament which has to sanction all our borrowing. We do not just borrow any how,” the CS said.

Among the high-priority areas in the 2019/20 FY budget is President Uhuru Kenyatta’s Big Four agenda which will take about 14.6% ( KSh 450.9 billion) of the total budget according to the estimates presented in Parliament.

Not yet Madaraka for Narok residents – On Tuko TV

Vet on call: How system is failing future animal scientists