Dailies on Tuesday, June 11 examine the arrest of Nandi Governor Stephen Sang who led his supporters in destroying a tea farm that was allegedly grabbed from the public.

They also report on succession politics where Machakos governor has hinted on forming an alliance to counter DP William Ruto’s 2022 state house bid. 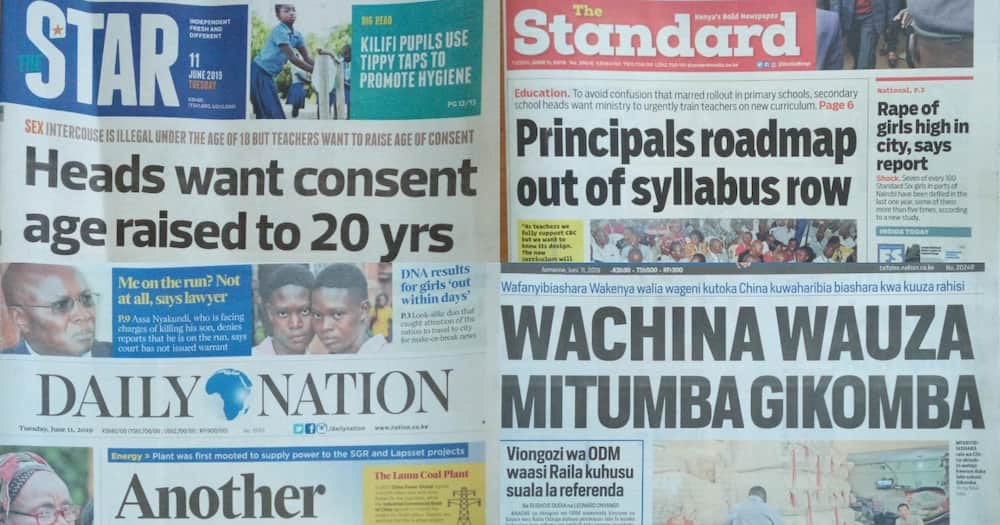 According to the daily, the investigators will team up with Kenyan counterparts. Among their targets is unmasking massive thievery.

This comes few days after Britain deployed to Kenya chief investigators who are expected to give impetus the KSh 21 billion dam scam probe and recovering loot stashed in offshore accounts.

Both DCI George Kinoti and DPP Noordin Haji are in the US where they are meeting experts from FBI and other investigative agencies.

Kinoti has vowed to go against the grain and arrest the so called big fish implicated in graft among other ills.

Doctors involved in unraveling the puzzle between suspected identical twins, Sharon and Melon, have the results ready.

Nation reports that the families of the two girls are set to travel to Nairobi where the findings of DNA tests will be revealed.

Excited with the news on completion of tests, Sharon and Melon set off to Eldoret for shopping in-readiness for the Nairobi trip.

The duo is suspected to have been separated at birth in a Kakamega Hospital in 1999.

They reunited after bumping into each other on social media. 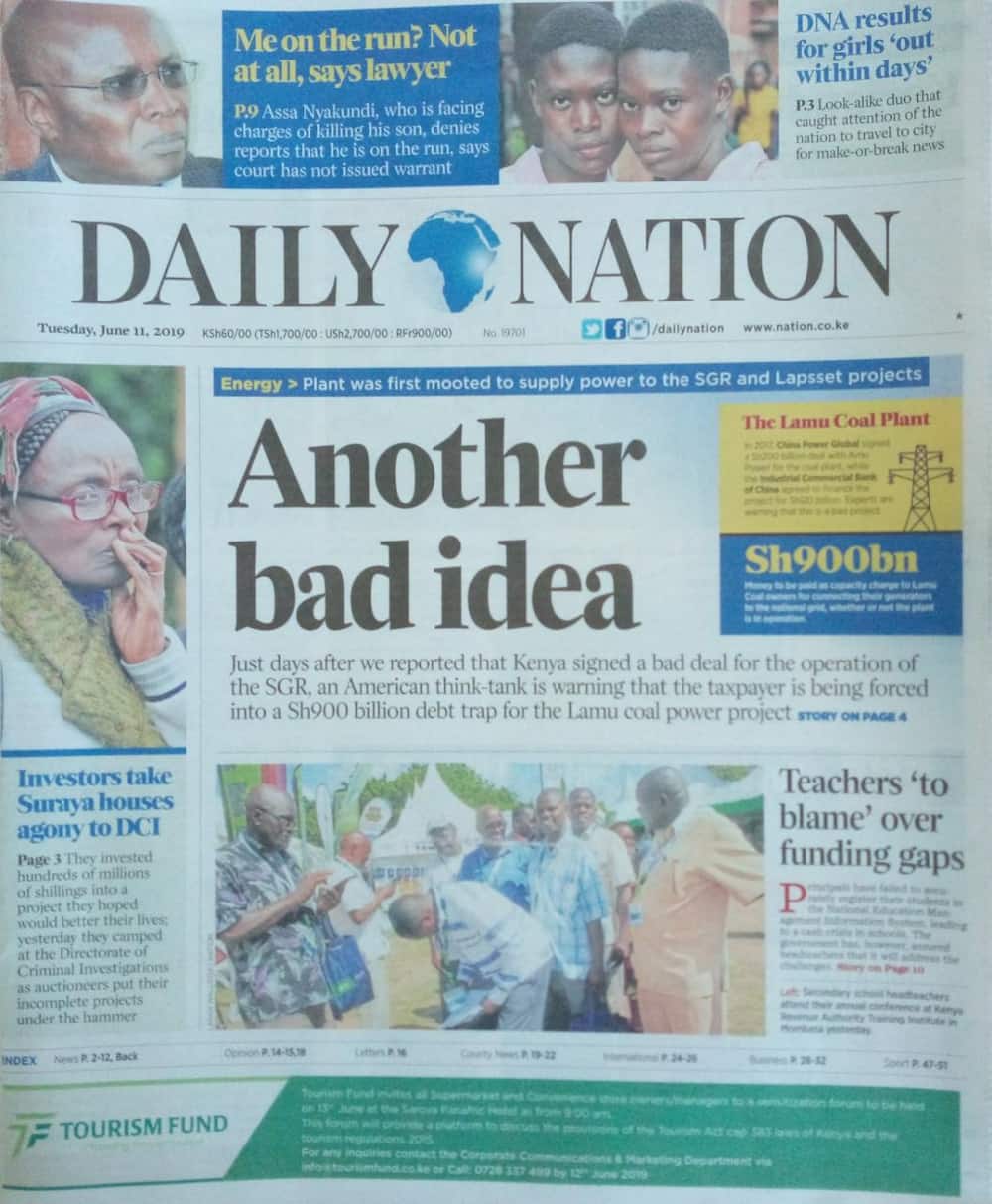 Nation reports that the families of the two girls are set to travel to Nairobi where the findings of DNA tests will be revealed. Photo: Nation
Source: UGC

Gatundu South MP Moses Kuria has questioned why an incitement case against him is still in court despite the truce between President Uhuru Kenyatta and ODM Chief Raila Odinga.

Kuria was charged with incitement shortly after the protracted 2017 General Elections.

He was caught on video claiming that 70,000 people who voted for Raila from Mount Kenya region needed to be probed.

He also claimed that Raila had sacrificed his children and thus could not be trusted with the Kenyan people as a leader.

According to authorities , Kuria’s sentiments could easily snowball to ethnic animosity.

The MP, however, thinks handshake between Uhuru and Raila should have made the case a non-issue.

The prosecution has closed the case but Kuria is set to appear in court on Thursday, June 27 to ask the court to set him free. 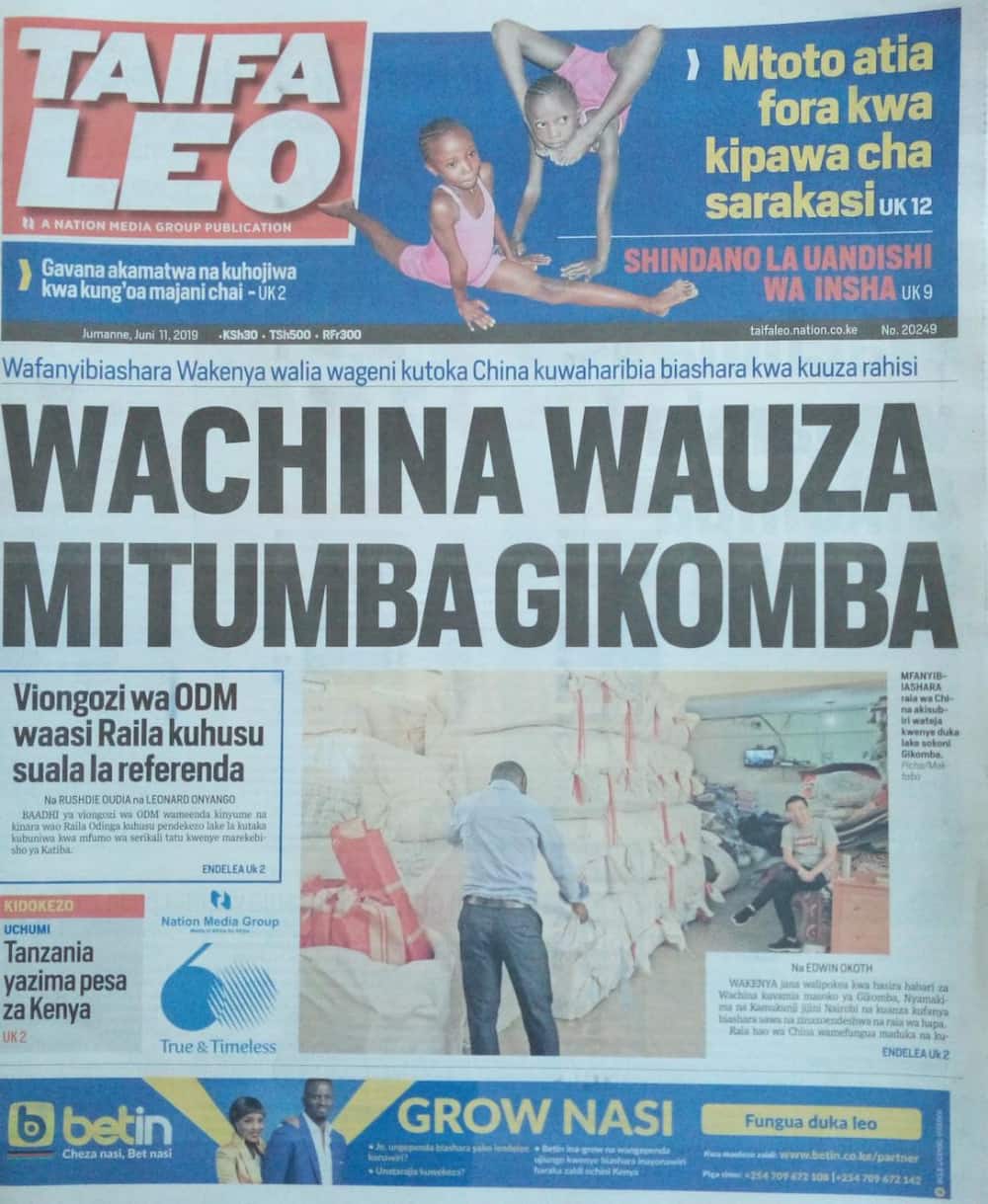 Taifa Leo reports that Kuria thinks the handshake between Uhuru and Raila should have made the case a non-issue. Photo: Taifa Leo
Source: UGC

Obstacles on DP William Ruto’s journey to state house seem to be increasing every day.

Mutua expressed his interest in 2022 presidency stating that he was ready to collaborate with communities that have for long been refereed to as minority.

The Governor had ealier lashed out at Kalonzo claiming that he (Kalonzo) was no longer the Ukambani kingpin.

This was after Kalonzo publicly declared that he was ready to serve as President Uhuru’s errand boy. 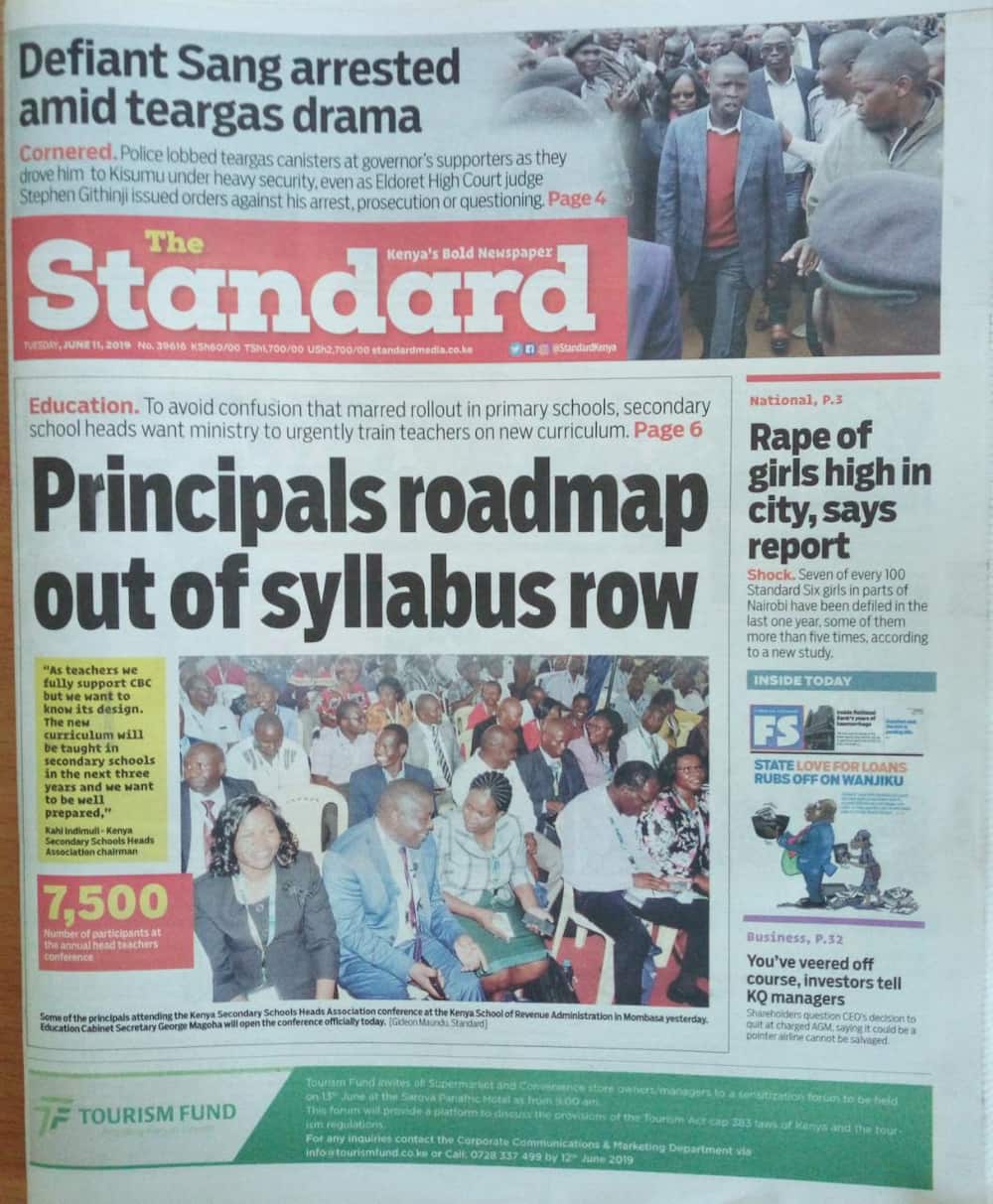 The Standard reports that obstacles on DP William Ruto’s journey to state house seem to be increasing every day. Photo: The Standard
Source: UGC

Sang said Uhuru began recovering grabbed land when he ordered for reclamation riparian properties; a drive that saw destruction of Taj Mall among other buildings.

Sang was arrested on Monday, June 10 and is currently being help at Kisumu Police Headquarters awaiting to be arraigned. 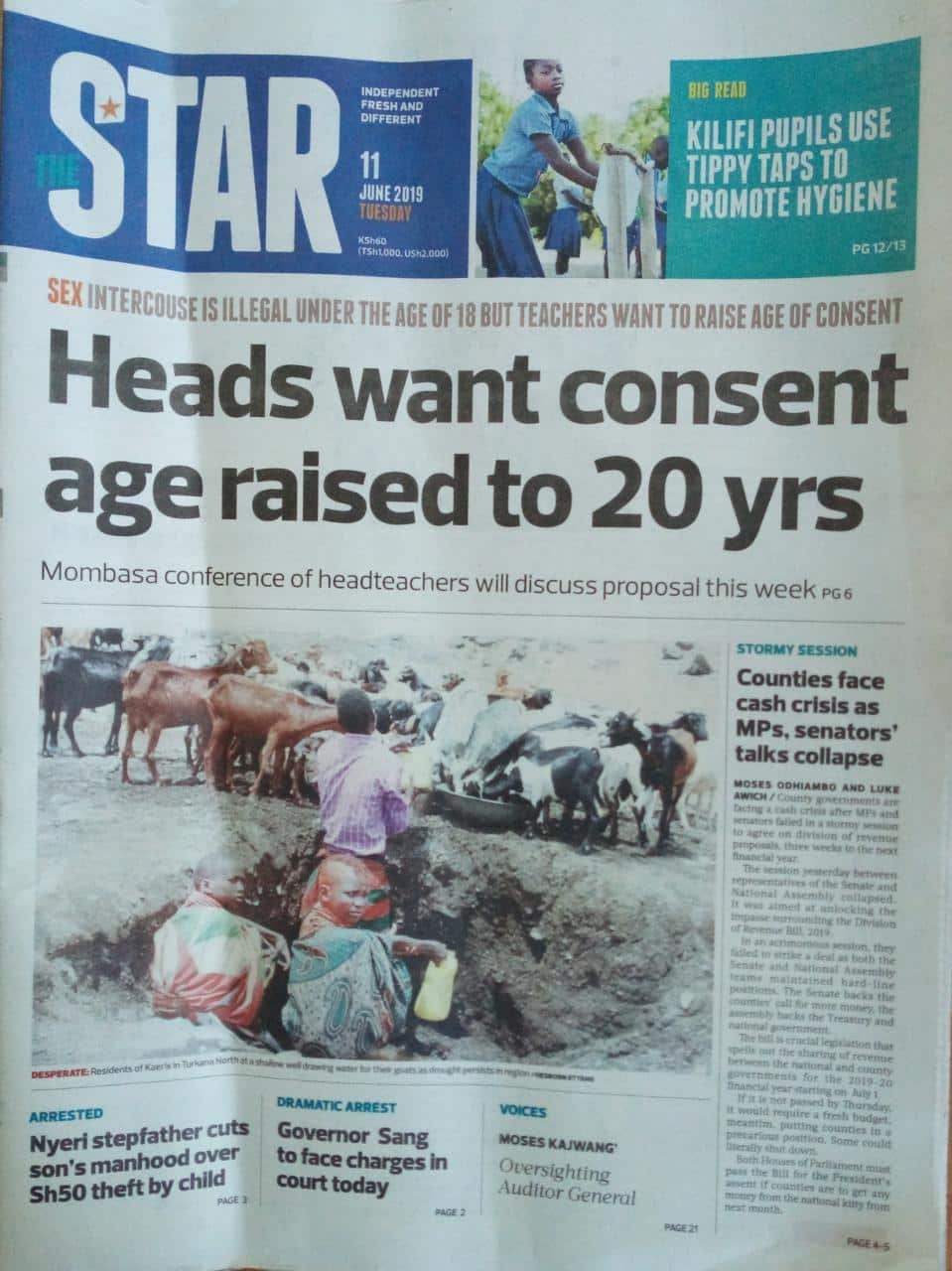