Nairobi Woman Representative Esther Passaris has denied wild allegations and extortion claims that were recently made against her by Governor Mike Sonko.

Passaris who has reportedly been out of the country since the dramatic Madaraka Day celebrations on June 1 threatened to take legal action against Sonko and invited investigative agencies to probe every allegation made by the governor. 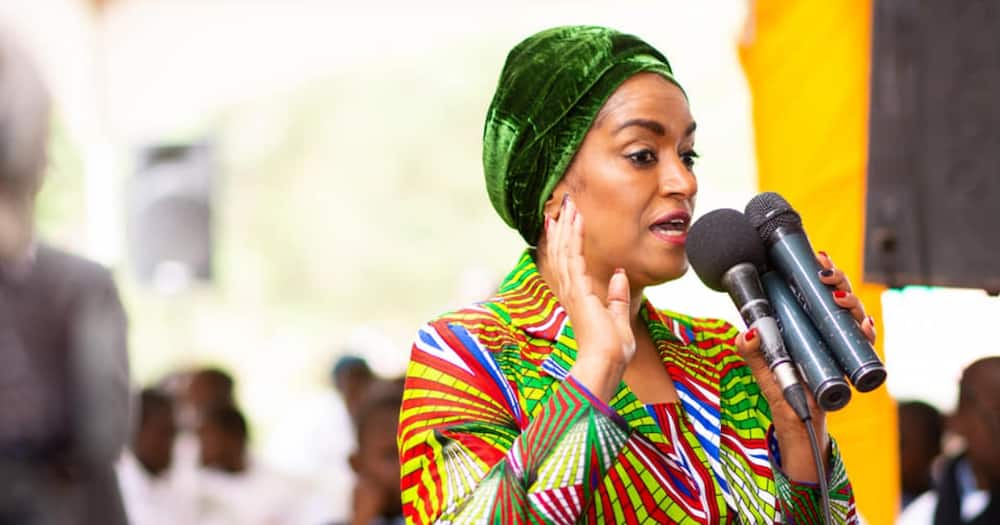 Addressing the press on Monday, June 10, the woman rep indicated she would not let the accusations go unchallenged and would soon consult her lawyers on the due process to be followed.

So all I am telling you right now is that none of the allegations levelled against me or the insinuations are true,” said a visibly upset Passaris flanked by several other women.

She added she was even ready to waive all her rights to privacy so that the investigators can look at claims that she called the county boss for a ‘session’ at Intercontinental Hotel in Nairobi.

“I would love that hotel where I stayed to access my private data, show when I stayed there. I will not let this go. This is the last time anyone questions my integrity with falsehood,” Passaris said.

Governor Sonko had made a litany of accusations against the woman rep, including claims she was demanding to be paid per diem twice and that Passaris attempted to lure him to Intercontinental Hotel in Nairobi.

“The Nairobi county women representative wanted her per diem to be paid twice. I have not paid her and I will not pay.

I am also someone’s husband…why was she calling me to go see her at Intercontinental Hotel in a room?…we want leaders who respect families,” Sonko alleged during a live TV interview on Wednesday, June 5.

The feud between the two leaders started on Madaraka Day when Passaris took to the podium to give her speech and in the process, accused Sonko of often snubbing her phone calls regardless of the urgency of the matter at hand, among other allegations.

In a rejoinder, he told off the woman rep for demanding that he picks her calls saying he was not her “husband”.

“I do not pick up calls when I am in a meeting like this one. Sometimes I ring the president but he does not return my calls. I am not your husband to receive your phone calls whenever you want,” the governor said, prompting Passaris to walk out on him.

A few days later, a damning phone conversation between a lady presumed to be Passaris begging for cash and love from a man believed to be Sonko was leaked on social media.

The lady who disclosed she was staying at the Intercontinental Hotel in Nairobi at the time needed some financial assistance which the man agreed to give her on the same day.

In return, she offered to support the man’s political campaign and “love” him more and even invited him to the hotel, a request he declined saying he was married.

Sonko versus Passaris – On Tuko TV

Real estate on the decline despite key foreign investment