– Regarding the tea plantation in question, the governor’s office maintained the land on which the crop was planted was grabbed

Nandi governor Stephen Sang has not been arrested contrary to reports doing rounds on social media claiming the county boss was in police custody.

The governor’s office also denied being aware of any warrant of arrest or summons before any investigative agencies but assured the public he was ready to present himself to the authorities if and when needed. 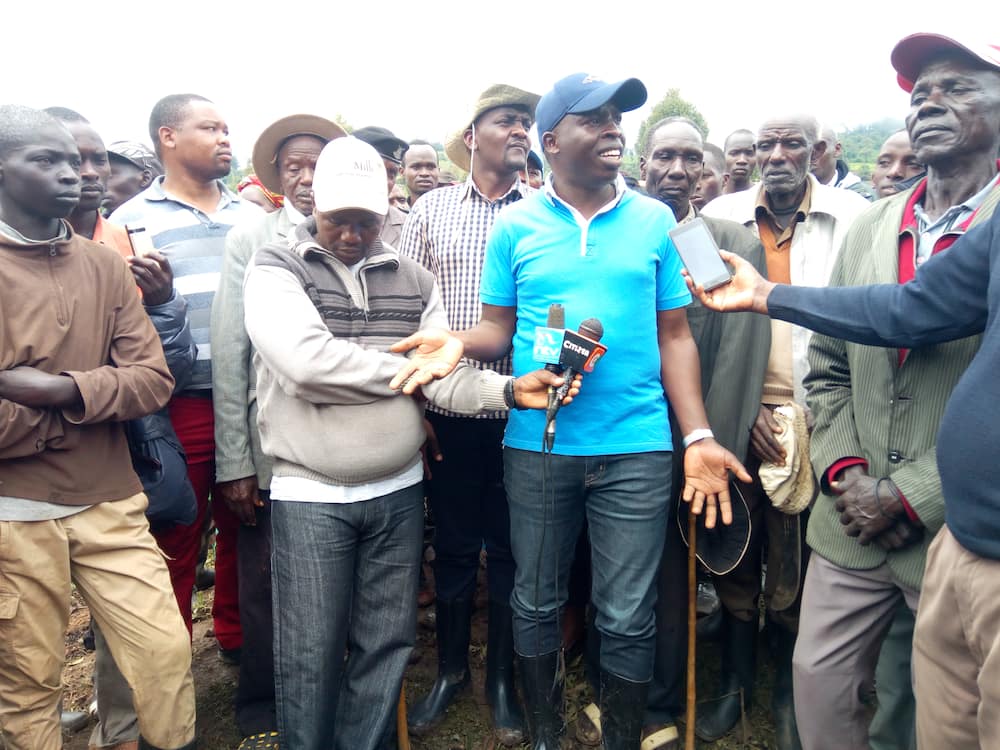 In a statement issued on Sunday, June 9, evening, the county government of Nandi termed reports by a section of the media indicating Sang had been arrested alongside two other individuals as “baseless and unfounded”.

“Nandi governor Stephen Sang had no planned public function on his diary today (Sunday, June 9). He has taken a day off and he is resting with his family at home.

The governor is not aware of any warrant of arrests or summons to appear before any investigative authorities. As a law abiding citizen, he is willing to voluntarily present himself to the said authorities if and when called.Therefore the rumours going round that the governor has been arrested are baseless and unfounded,” the statement said.

Sang’s administration equally sought to set the record straight on the controversy around the tea plantation belonging to Kibwari Tea Company and which the governor led local residents to destroy claiming the land was grabbed.

The construction was completed and the cattle dip remained in operation for 13 years. Kibwari Tea Estate maliciously, brutally and with impunity destroyed the cattle dip and put the land on tea and annexed it to their estate,” the governor alleged.

Police were reportedly searching for Sang for the better part of Sunday after he led a group of residents armed with machetes and bulldozer to destroy the tea plantation associated with the family of veteran politician Henry Kosgey.

Allan Kosgey, a director at the tea company and son to Kosgey said they had filed a complaint at the Office of Director of Public Prosecutions (ODPP) who gave orders for the arrest of the first-term governor.

“This is a matter that is still active in court and this is the reason why we have written a complaint to the DPP who has ordered that Governor Sang be arrested for ignoring court orders,” said Allan.

“We have launched a manhunt for Governor Sang because his actions of destroying tea amounts to a criminal act. It is wrong to destroy cash crops like tea and coffee because these are the backbones of our economy,” Kimiti told journalists at the site moments after the governor left with his entourage.

Sonko Versus Passaris – On Tuko TV

Facebook Bans Pre-Installing of its Apps on Huawei Phones