News of the death of the veteran broadcaster broke out on Saturday morning. 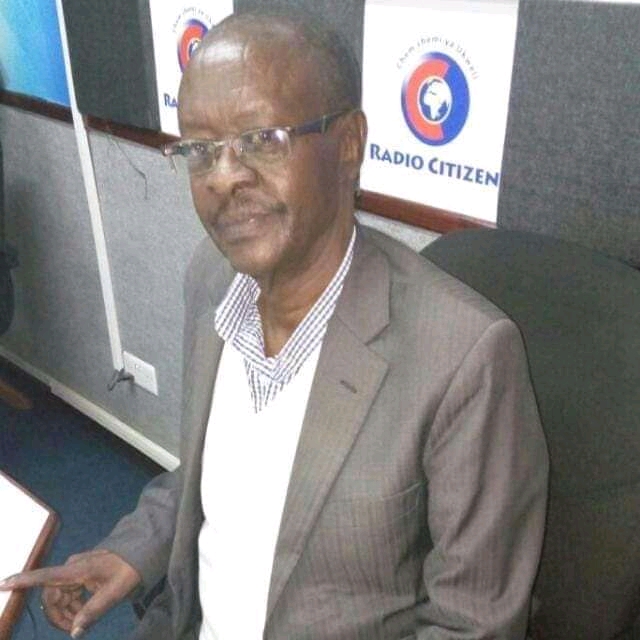 Mr. Njuguna became highly popular while working for Radio Citizen. He popularly commentated on the 2002 World Cup which was held in Japan and South Korea. Mr. Njuguna was a Head of State Commendation recipient.

SEE MORE: I saved from my salary as a house help to start a salon, now I am an employer

Mohammed Juma Njuguna died on Saturday after a long battle with illness at the Nairobi Hospital.

The legendary broadcaster, whose experienced spans close to four decades, was working as a content producer at Radio Citizen, a role he assumed in 2016.

Kenyans and the region in general will remember Juma for his prowess in Kiswahili commentary, which also saw him awarded with a Head of State Commendation by retired President Mwai Kibaki on March 10, 2010, especially during his time at Kenya Broadcasting Corporation and Citizen Radio.

He moved from KBC to the Royal Media Services in 1999 after over a decade with the national broadcaster.

Friends, fans and colleagues took to social media to pay their tributes to the legend of radio broadcasting in the country.

“He had a unique way of football commentary. May his soul rest in eternal peace,” former Harambee Stars coach Jacob “Ghost” Mulee said of the legend. Mohamed Juma Njuguna dies.

Planned Acquisition of NBK by KCB Group Challenged in Court