A team of Turkana and Samburu police officers is pursuing a group of armed bandits who escaped to Turkana after floods forced them out of their hide outs at Suguta Valley.

The bandits are said to have moved to hide in the valley following an operation in Samburu North after numerous cases of cattle rustling were reported. 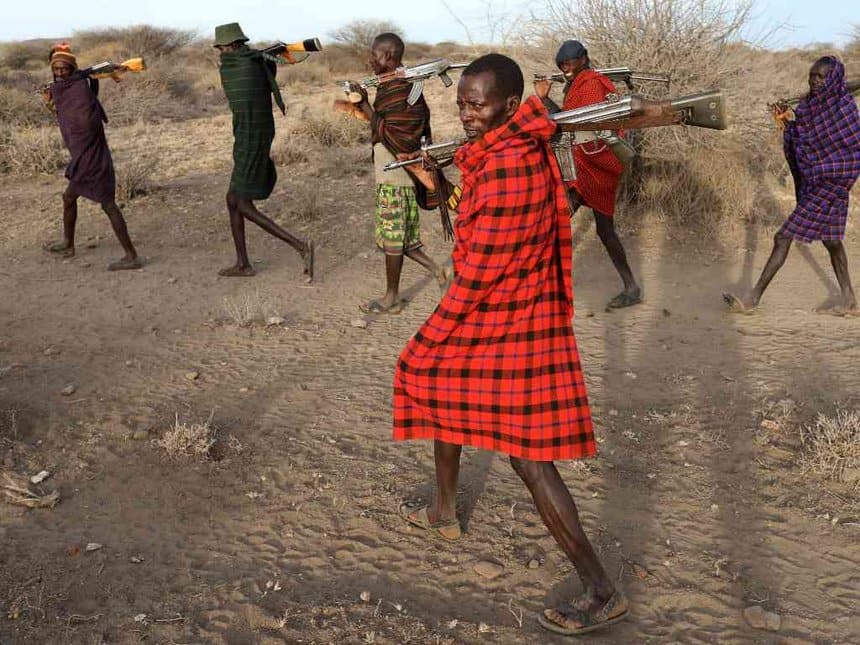 The bandits are reported to have moved to hide in the valley following an operation in Samburu North after numerous cases of cattle rustling were reported.
Source: UGC

According to Samburu County police commander Karanja Muiruri, the bandits have been raiding several villages and driving away livestock that they find refuge in the valley, the Standard reported.

“Bandits who have been hiding in the valley have been forced to flee for safety after floods,” said Muiruri.

“We are collaborating with our counterparts from Turkana to arrest criminals who have gone to hide in Turkana county,” he added.

READ ALSO: Woman claiming to be slain Meru priest’s lover was pregnant for another man

Reports indicated in April, 2019, a group of armed bandits raided Samburu East and drove away 50 head of cattle.

A team of police officers were deployed to Lomerok in Samburu North to help recover the stock but was ambushed by bandits, who shot dead a senior officer and injured three others.

“Most of the bandits went to hide in the valley after we imposed an operation to recover stolen stock and arrest bandits behind the act,” said Muiruri.

Meanwhile, he said vetting of guns held by National Police Reservist (NPR) in Samburu North and Samburu Central has been completed, while the exercise is ongoing at Samburu East.

Nachola Ward MCA Lawrence Lorunyei said though a number of NPR have surrendered their guns for vetting, the operation should be done to recover illegal firearms used by bandits.

“There are a lot of illegal guns in hands of criminals who continue to terrorise and kill innocent people. The government should embark on an operation to recover all the guns,” said Lorunyei.

Samburu North MP Alois Lentomaiga on his part said the government should return the guns after a vetting process since NPR plays a key role in matters security.

“NPR should be trained and issued with guns because they understand the terrain of areas prone to insecurity,” he said.

He further accused the police of failing to arrest criminals who kill innocent individuals despite numerous operations in the area.

Two tales of China in Africa: Why Africa loves China